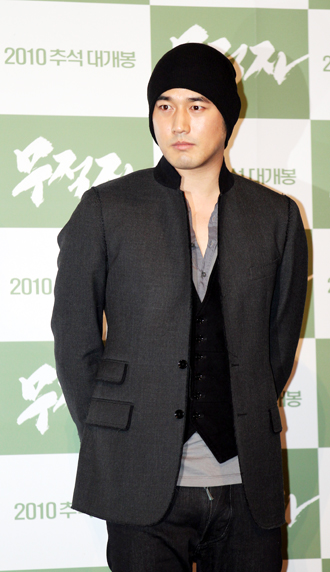 Footballer-turned-actor Jo Han-sun of “Romance of Their Own” (2004) will appear on the KBS variety show “Cool Kiz on the Block” for its episode in Brazil, according to local reports yesterday.

To get a head start on the much-anticipated 2014 Brazil World Cup that kicks off June 13, the program’s crew will leave for the South American country on Tuesday to hold a game of their own against local football fans. Jo will reportedly join the team as a goalkeeper.

“Jo, who is a former football player, is expected to play an active part in our local shooting,” said a “Cool Kiz” associate.

“As he is already aware of the basic skills of football, we hope that he will lead the ‘Cool Kiz’ team to victory.”