A rumor put to rest

A rumor put to rest 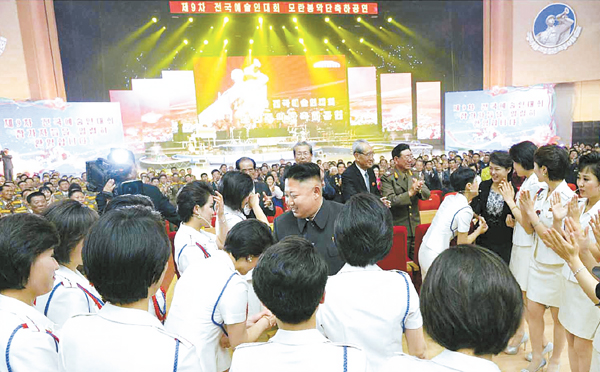 North Korean leader Kim Jong-un, center, greets attendees at a concert Monday for the national art workers’ conference, the North’s Rodong Sinmun reported yesterday. Hyon Song-wol, Kim’s alleged ex-girlfriend who was rumored to have been executed, served as the band leader at the performance. Screen grab from the Rodong Sinmun