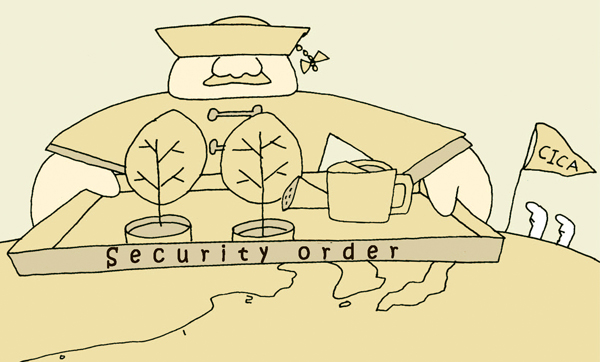 A two-day summit of the Conference on Interaction and Confidence Building Measures in Asia (CICA) opened Wednesday in Shanghai. The event brings together leaders from 46 countries and international organizations on the theme of promoting a new outlook on Asian security and exploring new methods and a framework to enhance regional security cooperation.

The CICA was the brainchild of Nursultan Nazarbayev, president of Kazakhstan, in 1992, who envisioned a regional security coalition to help establish peace, stability and cooperation through political dialogue. The CICA has 24 members, mostly western Asian nations, and South Korea, which was granted observer status prior to becoming a full member in 2006 and has contributed to framework development since 1993. The conference is not yet recognized as an international security template, but it is attracting wider interest with China as the chair through 2016.

China has placed the CICA Shanghai summit on par with the Asia Pacific Economic Cooperation summit scheduled for November in Beijing. Chinese Foreign Minister Wang Yi has dubbed China’s foreign agenda in 2014 as “host diplomacy.” China hopes to demonstrate its leadership to the world on the topic of regional security in the first half of the year and on economic issues in the second half. Shanghai banned small radios and firecrackers in the city from May 10 through today and tightened security. Schools were closed yesterday on the summit’s opening day.

China is taking extra pains to ensure a successful event to flex its muscle and demonstrate its determination to build a new Asian order under the leadership of President Xi Jinping.

Under Mao Zedong, China believed in the inevitability of war. To achieve peace first and deter conflict, he argued for the necessity of war. His successor, Deng Xiaoping, thought differently. He groomed the nation and marshaled it through economic transition based on ancient teachings from China’s most famous war strategist, Sun Tzu, on the idea of “bide and hide” to win a battle: “Coolly observe, calmly deal with things, hold your position, hide your capacities, bide your time and accomplish things where possible.” Subsequent leaders Jiang Zemin and Hu Jintao dutifully carried out Deng’s legacy, keeping the country’s capabilities and ambition well hidden.

But the world has changed. The United States’ long-held reputation as the single invincible superpower is being questioned. For one thing, there is no longer a consensus that it is the world’s preeminent economic power. China is gaining fast. It sits on $3.95 trillion in foreign reserves in state coffers and is responsible for the largest share of global manufacturing output. With overflowing wealth, it is no wonder Beijing has taken an interest in security dominance.

China has three goals at the Shanghai summit. First, it wants to develop the CICA as a key platform to discuss security affairs for all of Asia. China has taken precursory steps through the Shanghai Cooperation Organization launched in 2001, which is composed mostly of central Asian countries. It envisions the CICA as a broader and stronger version of the SCO. All SCO members also are in the CICA.

Second, Beijing can maximize its newfound influence in the region by excluding the United States. China is involved in territorial disputes with Japan in the eastern sea, and Vietnam and the Philippines in the southern sea. Beijing believes Washington is behind the disputes and that Asian countries should settle their problems among themselves. The United States and key ally Japan remain observers to the platform.

Third, Xi will be able to reiterate his vision for Asian security as host leader of the summit. He has been championing three components of stability based on comprehensiveness, cooperation and universality. Security in the traditional sense referred to a strong military. Today, stability in nontraditional areas encompassing the environment and civil society also must be considered. Countries need to push aside zero-sum strategy and instead increase mutual trust and cooperation in order to work together to build durable peace and stability. Regional peace should be a common goal for all and stand above any ideological differences.

Clearly, Xi’s security concept is largely intended for a U.S. audience. United States security is based on military coalitions with allies. Xi’s concept challenges the black-and-white, physical power legacy of the Cold War of which it accuses Washington, contending it falls short of addressing various security issues in Asia where other factors like history and culture must be taken into account. Beijing is prodding Asian nations to build a unified front to settle their security issues among themselves.

South Korea inevitably will have to work with both the United States and China. Maintaining the right balance won’t be easy. It is why we need more skilled and well-rounded experts on the foreign front. We need to invest more in grooming diplomatic talent.

*The author is the JoongAng Ilbo specialist on China.