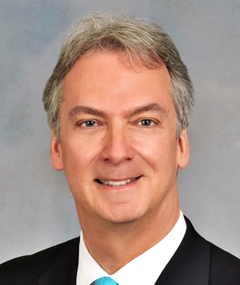 Boeing Korea announced yesterday that Eric John, a career diplomat with the U.S. Foreign Service, will be its new president starting May 30. He succeeds Pat Gaines, who retires in September after 27 years with Boeing.

“Eric brings valuable experience from the public sector and international government operations, and will help further expand our presence and collaboration with Korean customers, partners, communities and employees,” Shep Hill, president of Boeing International and senior vice president of business development and strategy, said in a release. “He will continue Pat Gaines’ great work in building a strong foundation in the strategically important Korean market. Boeing has a long-term view of the market, and we will continue the legacy of a true partnership with Korea.”

Boeing said that John had three decades of international service with the U.S. government. He was the senior adviser for security negotiations and agreements in the U.S. State Departments’s Bureau of Political-Military Affairs, foreign policy adviser to the chief of staff of the U.S. Air Force, and U.S. ambassador to Thailand.

Boeing said John, 54, previously served as the minister counselor for political affairs at the U.S. Embassy in Seoul and also served as the deputy director of Korean affairs in Washington. He can speak Korean and Vietnamese.

John, who is a graduate of Georgetown University’s School of Foreign Service, will replace Gaines, who came to Korea in 2010.

He also served as a member of the Presidential Council on National Competitiveness, an advisory group reporting to the president of Korea on economic growth and national competitiveness.