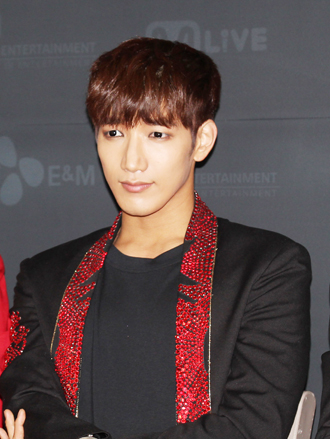 The boy band star’s solo Japanese album “Love & Hate,” released May 14, sold 35,701 copies and ranked in second place in the second week of May. In first place was the soundtrack of Disney’s animation feature “Frozen,” which has sold 108,956 copies in Japan so far.

Every track listed on Jun.K’s record was written and composed by the 25-year-old, although Japanese singers AI and Simon, and Chinese pianist Lang Lang, also collaborated with him.

Jun.K is currently on a promotional tour in Japan for his album. His next concerts will be in Tokyo on Tuesday and Wednesday.