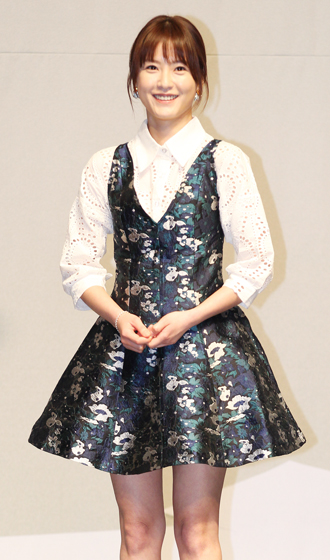 Actress Jung Yu-mi of the tvN drama “I Need Romance 2” confirmed her appearance in a new KBS drama “Discovery of Love” (working title), according to local reports yesterday.

The drama traces the love story of a girl who finally sets her eyes on a new love but gets involved in a love triangle when her ex-boyfriend re-appears pleading for forgiveness.

Jung will play the female lead, who goes back and forth between the old and the new love.

Jung’s appearance is creating lots of buzz from drama fans because “Discovery of Love” was written by Jung Hyun-jung, who has previously worked with actress Jung in “I Need Romance 2.” The drama had won the actress the title of “Rom-com Queen.”

The much-anticipated drama is set to hit TV screens in October.