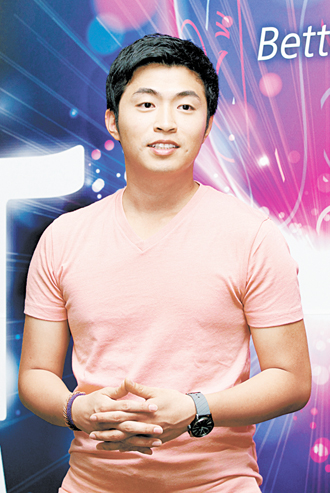 As one of the speakers at the Culture Technology Forum, which took place at COEX on Tuesday, the Korean artist shared his insight into the world of Hollywood animation.

“When people hear ‘Hollywood,’ they think the visual effects are well advanced, almost otherworldly,” said Yoo, adding that he didn’t think there was a discrepancy between visual effects artists he has met Hollywood and Seoul.

“The thing about making animation is you just need a license over the technology,” explained Yoo, who believes that the crucial factors of quality animation are dependent on just two things: “budget and time.”

With the pace of animation “at a point where new developments are unearthed with each new film, Yoo said that the key was to aim high, “to have an open-mouth effect on people.”

Although he is now working at the company behind some of the fuzziest of films, Yoo said he began on movies with a more violent streak.

“I started by doing effects for movies like ‘G.I. Joe’ and ‘Watchmen’ for CIS Hollywood. The kinds of effects where you see bullets travel through the air, through a hand puncturing the bones, the marrow, oozing blood.”

But with just four months to go in wrapping up production, Yoo was contacted by Sony Pictures, a “dream opportunity for any artist,” he said.

Yoo worked on the animation “Cloudy with a Chance of Meatballs” before moving to Blizzard Entertainment, “a sort of holy grail, because I took World of Warcraft [a role-playing computer game] very seriously at 16.”

He ended up at Disney in 2012, and while he left the “holy grail” of teenage games for new skill sets Yoo said the new job was demanding at times - the scene in which Elsa’s dress transforms to ice took 18 months to perfect, Yoo said.

But it was not without its rewards.

“Creating effects is like being a magician,” the artist explained. “CGI is a lot like magic, and the effects within CGI are even closer to magic. You take individual elements and combine them to create an effect that looks natural. Effects are about making things that you can’t film from real life.”