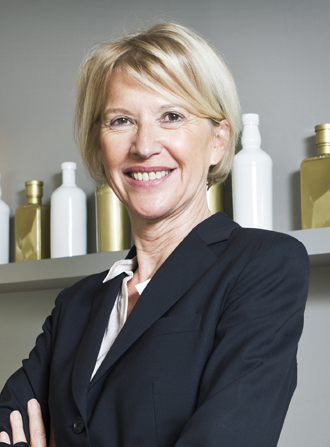 As Colette Barbier, director of Fondation d’Entreprise Ricard, stepped into the flagship lounge managed by Pernod Ricard Korea, she was all smiles.

She seemed excited, almost ecstatic, as she sat down with the Korea JoongAng Daily at the Maison Pernod Ricard earlier this month to share her thoughts on an upcoming exhibition in Seoul that will display work by rising young French artists.

“It is the first time that the Ricard Foundation is holding an exhibition in Korea,” Barbier said. “It’s also very rare for us to hold an exhibition overseas, outside of France.”

The director was in town months ahead of the exhibition, titled “Artists from the Ricard Foundation Award,” scheduled in September at the SongEun Art Space building in Cheongdam-dong, southern Seoul, to make sure all the preparations were going smoothly.

The foundation is sponsored by the Ricard Corporation, a subsidiary of Pernod Ricard Group, a global spirits company based in France. For more than 25 years, the foundation has been sponsoring young contemporary artists there as part of its promotion of the arts. Pernod Ricard Korea, the local unit, invited the foundation to open a show in Seoul.

“A young curator [in her 30s] named Marie Canet planned the exhibition,” Barbier said. “Visitors to the exhibition will get an understanding of what the Ricard Foundation Prize has accomplished throughout years.”

Six have been selected to show their pieces, according to the organizer.

“We award a prize each year during [the International Contemporary Art Fair],” she said. “The works by the awarded artists are exhibited at the Pompidou Center [in Paris], which gives young French artists the opportunity to present in front of a large number of people.”

Barbier added that unlike other prizes awarded in the industry, the Ricard Foundation Prize is primarily given to young artists who have recently graduated from art school.

“Usually, they don’t have much experience and are beginners building up their careers,” she said. “It’s an opportunity for them to participate in an exhibition that many people attend - renowned artists, collectors, museum curators. What we do is build a bridge between them.”

Before coming to Seoul, Barbier said that she met with a group of 10 Korean artists and curators to learn more about the contemporary art scene here. “I asked them about the kinds of support they receive in general,” she said. “They answered that although they receive some private support, most of it is given to artists 35 or older. They also noted how there’s not much support given to young artists who have just graduated from school.”

The director expressed hope that the show in September would enhance cultural ties between Korea and France and that more people would take an interest in art by young Koreans.

“Through the exhibition, I hope people will understand that even young artists can display their own work,” Barbier said.