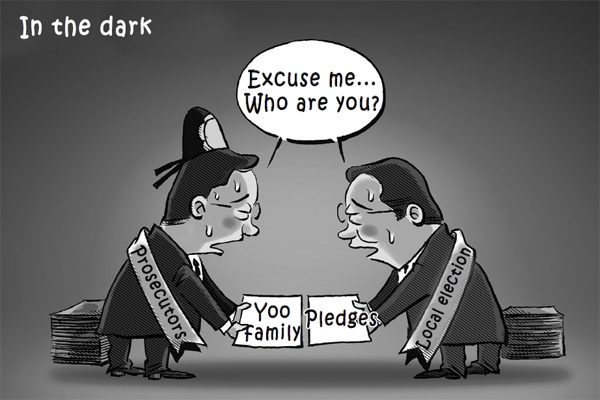 Prosecutors do not know the whereabouts of Yoo Byung-eun, the de facto owner of the sunken ferry Sewol’s operator. Voters also know little about policy platforms candidates made public even though local elections are near.