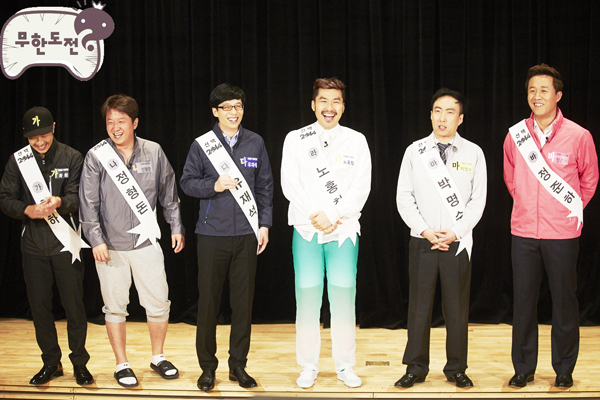 They say Korea’s younger generation is politically apathetic. But “Choice 2014,” an election event held by the MBC reality show “Infinite Challenge,” got submissions from more than 450,000 people, considered an extremely large number of voters for a TV show.

In order to tackle a problem with declining viewer ratings, the show’s production team came up with the election event and invited viewers to elect the next leader of the show.

Launched in May 2006, “Infinite Challenge” has gained a solid support base from viewers throughout the years under the direction of producer Kim Tae-ho and comedian Yoo Jae-suk.

Six hosts used social media and offline campaigns to make their policies known. And through the campaign process, each host mocked various aspects of contemporary Korean politics, such as negative campaigning or corruption.The election result will be revealed in the upcoming Saturday episode.