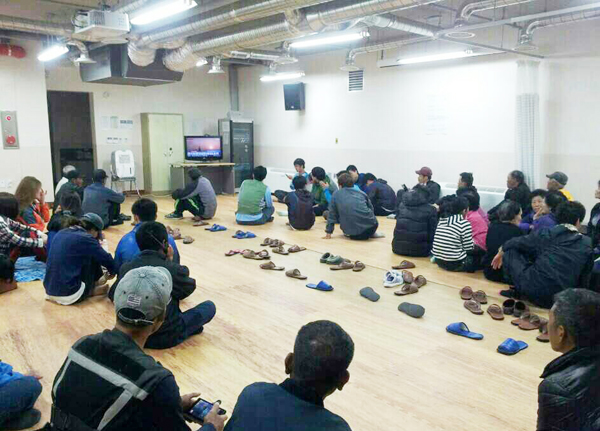 Last week, the office of the South Korean Commission for the June 15 Joint Declaration received a fax from its North Korean counterpart. Pyongyang proposed holding a unification event in Kaesong on June 15 to mark the 14th anniversary of the first inter-Korean summit meeting and the June 14 joint declaration. They also suggested holding a joint memorial service for the victims of the Sewol ferry accident to “console the families of the victims who lost their loved ones in the tragic accident.”

Of course, there is no reason to oppose the spirit of commemorating the historic summit meeting and mourning for the Sewol ferry victims. However, considering how Pyongyang has behaved in the past, its claims are not convincing and do not appear sincere. Over the past month, North Korea has harshly denounced the South and made anti-government provocations over the ferry crisis. The North Korean National Defense Commission, the most powerful agency in the North, even called the victims from Danwon High School “fish food,” a severe insult to the victims’ families. The Committee for the Peaceful Reunification of the Fatherland made an ungrounded claim that the accident was “a mass massacre of Park Geun-hye clique.” On May 22, the Rodong Sinmun said, “The people should come out to the streets!”

Kim Wan-su, the chairman of the North Korean Commission for the June 15 Joint Declaration, is one of the leaders of the slanderous attacks and instigations. The one who welcomed Park, who was then the chairman of the Future Union Party, for her meeting in May 2002 with Kim Jong-il at Panmunjom, has turned into the vanguard of instigation. It’s absurd how he has dared to mention a joint memorial service after he ridiculed the ferry victims and then used them to provoke the South.

As the South grieves in the aftermath of the accident, it is inappropriate to hold a joint event.

The South Korean office’s lukewarm attitude is also problematic. It should have condemned Pyongyang’s attempts to use the Sewol accident to provoke the South to prevent “encouraging national division and going against the spirit of the June 15 Joint Declaration.” Before the Ministry of Unification turned down the proposal, the commission should have made a decision to reject it. It suits the spirit of the Korean people that both commissions in the North and South have been emphasizing.

Next year marks the 15th anniversary of the June 15 Joint Declaration. The North and South’s commissions should renew their pledges to persuade all Koreans to agree with the meaning of the Joint Declaration only when time has passed and inter-Korean tension is relieved.

*The author is a political and international news reporter for the JoongAng Ilbo.