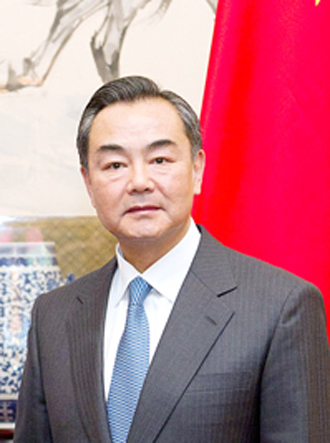 Chinese Foreign Minister Wang Yi starts his official two-day visit to South Korea today, a trip that will be closely monitored by officials in Seoul ahead of an upcoming state visit to Seoul by Chinese President Xi Jinping in June.

This is Wang’s first official visit here since he took office as China’s foreign minister. He is expected to meet first with Foreign Minister Yun Byung-se, then with President Park Geun-hye, according to Korea’s Ministry of Foreign Affairs.

U.S. Secretary of State John Kerry has twice offered to visit Seoul to meet with President Park, once in April 2013 and again in February.

Seoul officials assume Wang’s visit is a preparatory step in arranging President Xi’s trip to Korea, which is scheduled for next month.

Wang was appointed as the youngest deputy foreign minister in 2001. He developed his career as a specialist in Japanese issues, working as China’s ambassador to Japan between 2004 and 2007.

Since being named foreign minister last year, he has had three official talks with Minister Yun and four formal telephone conversations, according to Korea’s Foreign Ministry.

Wang’s visit is officially part of “the joint communique on the future vision” of Korea and China, announced in June at the Korea-China summit between Park and Xi in Beijing, where the two leaders agreed on exchanging visits between their foreign ministers.

Officials in Seoul said they were closely watching the timing of his visit.

As well as in Xi’s visit to Seoul, possible agenda items include discussion on how to deliver a message from Beijing to Pyongyang amid growing threats concerning the regime’s fourth-ever nuclear test.

Another issue expected on the table will be the diplomatic disputes between China and other Asian nations, including the territorial conflicts it has with Vietnam, the Philippines and Japan.

Tensions started to brew between Beijing and Tokyo after China and Russia kicked off joint military exercises last week in the East China Sea, where the disputed Diaoyu Islands are located.

Japan also lays claim to the Diaoyu Islands, which it calls Senkaku.

Seoul officials will also focus on the possibility that Wang could call for diplomatic cooperation in protesting Japan’s right to collective self-defense.

“It is an important task for South Korea to keep its distance from the diplomatic conflicts between China and Japan, but at the same time, seek support from China in regard to the matter of North Korea’s nuclear weapons,” a senior South Korean government official said.