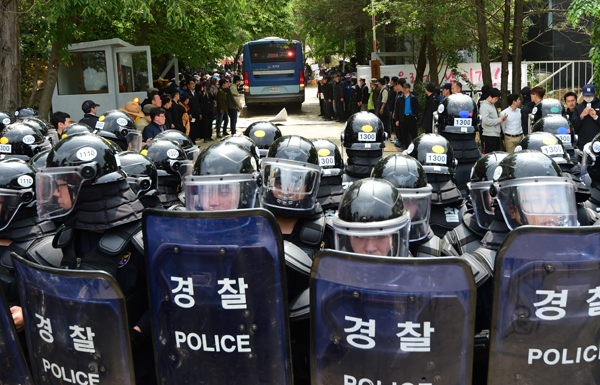 As police cordon off the main entrance to Geumsuwon, a bus carrying prosecutors and investigators drives into the religious retreat in Anseong, Gyeonggi, where Yoo Byung-eun was believed to have been hiding. After an eight-hour search, officials said they failed to find Yoo. [NEWSIS]