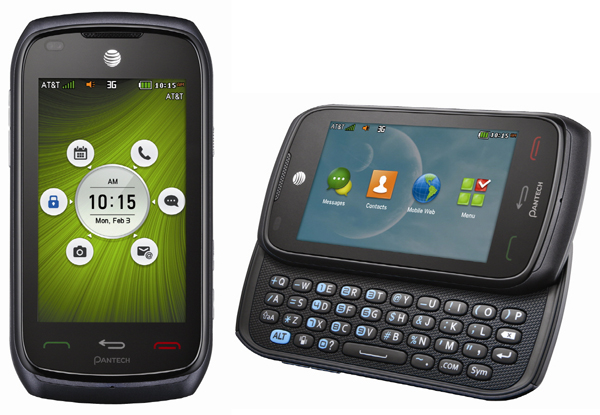 Pantech released a keyboard phone, Vybe. Provided by the company

The 3G phone will be sold by AT&T for $128 without a contract. Pantech said it developed and is marketing the phone exclusively for the United States.

Pantech depends on the domestic market for more than 90 percent of its profits and sells few smartphones overseas. But, the company, which entered a debt restructuring program in March after experiencing operating losses for six consecutive quarters, has sought to boost its overseas business.

In November, Pantech released the Breeze IV, the fourth model in its feature phone line, in the United States.

Pantech hopes the Vybe will be another popular feature phone in the United States, which it said has a strong market for feature phones that make text messaging convenient. Starting with the Pantech Matrix in 2008, the company has released 15 messaging phones in North America, and three of them sold more than a million units.

“We will bolster popular product lineups and search for new opportunities,” said Kang Dae-joon, an official in charge of Pantech’s overseas business.