Tomorrow: Spain’s Ludwig Trio, comprised of brothers Abel Tomas (violin) and Arnau Tomas (cello), along with Korean pianist Lim Hyo-sun, is coming to Korea for the first time. The group is known for its in-depth study of Ludwig van Beethoven’s piano trios.

Friday: The live version of JTBC’s music entertainment show “Hidden Singer” will feature some of the country’s most beloved vocalists, such as Baek Ji-young, Kim Jong-guk and Wheesung, at Olympic Park.

Saturday: Jo Sung-mo, a best-selling K-pop icon from the 1990s, is holding a concert called “Variety.” The show is the first in a series in which the veteran singer will summarize the last 10 years of his singing career. 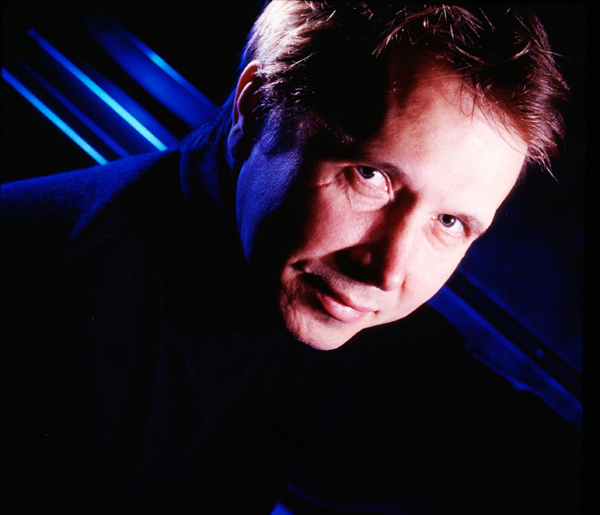 Sunday: After nine years, the Russian conductor, composer and pianist returns to Seoul. Since founding the Russian National Orchestra in 1990, the virtuoso has contributed to the growth of classical music in his country. His Seoul concerts feature the work of Schubert, Bach and Scriabin. 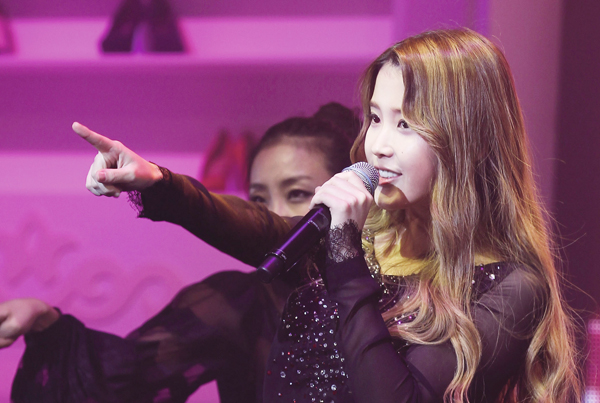 IU will hold a series of solo concerts until Sunday that will focus on the singer interacting with the audience. See MUSIC, left. Provided by the organizer

To Sunday: After dominating Korean music outlets with her cover album “Flower Bookmark,” IU is holding a solo concert that will differ from her previous shows. The singer plans to pursue a more interactive, analogue-style concert where the audience and the singer collaborate to make the event a success.

June 19 to 22 and 26 to 29: Veteran diva Lee So-ra will hold four concerts to promote her latest album “8.” The record comes after a six-year hiatus from the Korean music scene.

July 12 to 13: The old g.o.d. is back with their new single “Ugly Duckling,” so the group is holding a concert to celebrate its 15th anniversary. The iconic K-pop band will also release its eighth album in July, so the concert will be full of new songs. The band is known for its numerous hits, including “Love and Memory.”

To May 31: “Wicked” is being presented in Korea for the first time. Adapted from the best-selling novel “Wicked: The Life and Times of the Wicked Witch of the West” by Gregory Maguire, the musical is an alternative view of L. Frank Baum’s famous story “The Wizard of Oz.”

To Sept. 28: World-famous rock musical “Hedwig” is back to celebrate the 10th anniversary of its launch in Korea. The show about a transgender rocker, Hedwig, and her band The Angry Inch was first introduced in the United States in 1998 and has been adapted countless times internationally. Hedwig will be played by the role’s original cast member, Jo Seung-woo, as well as new members Park Gun-hyung, Song Seung-won and Song Yong-jin. 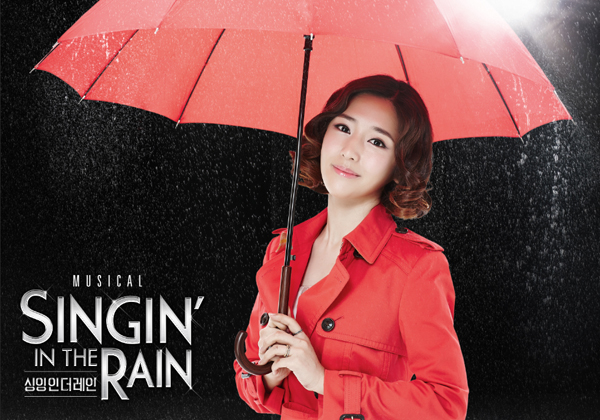 June 5 to Aug. 3: Based on Betty Comden and Adolph Green’s original story, leading K-pop artists - Baek-hyun of Exo, Kyu-hyun of Super Junior and Jay of Trax - all play the main character, Don Lockwood, while Sunny of Girls’ Generation acts as Kathy Seldon.

June 13 to July 13: Since its premiere on the West End in 1981, “Cats” has become one of the best-loved musicals in the world. The felines will once again present their extravagant show to Korean audiences for the first time in six years. Erin Cornell of the musical “Wicked” will sing “Memories” as Grizabella.

July 4 to 6: Renowned prima ballerina Kang Sue-jin will play the title role in Giacomo Puccini’s “Madama Butterfly.” Kang’s choreography was designed exclusively for her by Enrique Gasa Valga, the director of Innsbruck Ballet Company, which is based in Austria. The routines are expected to show Kang’s shy, sentimental and sexy sides.

Saturday and Sunday: Now in its fifth year, Green Plugged Seoul will feature about 80 artists. Indie-rock band Jang Ki-ha and the Faces, with Deli Spice, Urban Zakapa and Galaxy Express will headline the first day of the festival.

The second day includes Monni, 9 and the Numbers, and the 1990s icon the Hwang Shin-hye Band.

Saturday and Sunday: In this two-day event that takes place on Nami Island, Chuncheon, both camping enthusiasts and music fans will find something to suit their tastes. Starting at 1 p.m. on Saturday, musicians such as Beenzino, Junggigo, Rose Motel and Kim Chang-wan Band will take to the stage.

The festival starts at 1 p.m.

Take the shuttle bus provided by the festival from Hapjeong Station, lines No. 2 or No. 6, exit 9, or Sports Complex Station, line No. 2, exit 2.

June 13 and 14: UMF Korea is the local edition of Miami’s Ultra Music Festival. The lineup of 41 DJs at the two-day festival includes headliners Steve Angello and Steve Aoki, London-based DJ crew Above and Beyond, Italian electro-punk musicians Bloody Beetroots and many more. You must be 19 years of age and over to attend.

Aug. 1 to 3: Now on its sixth edition, the nation’s biggest summer rock festival starts in August. After featuring high-profile bands from around the globe through the years, music fans await the next big star to impress them in Incheon. The first lineup includes Suicidal Tendencies, Urban Zakafa and Orange Range.