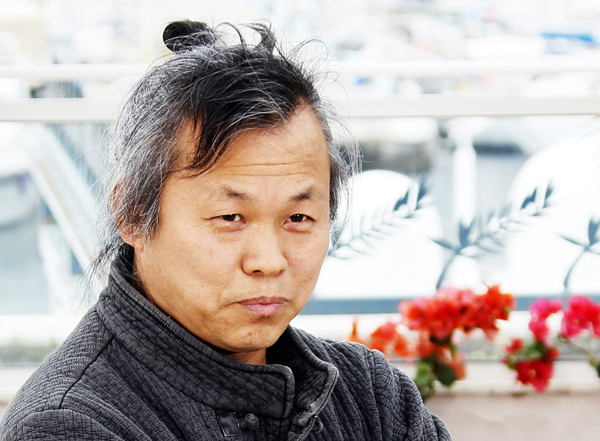 Korean auteur Kim Ki-duk announced he will release the publishing rights for his recent film “One on One” earlier than expected.

“Around 7,000 viewers came to the cinema to watch our movie,” said the filmmaker, who wrote, shot and directed the film. “But I’ve realized we won’t be able to draw in any more filmgoers, and it’s apparent that ‘One on One’ won’t make it to next week.”

Until he saw the low viewership ratings, Kim insisted he would not debut his new film to digital outlets until it reaches 100,000 admissions because he feared the film would be pirated.

Kim’s work has gained worldwide recognition throughout the years. He has won prizes from several film festivals, including the Golden Lion for his 2012 film “Pieta” at the 69th Venice Film Festival.

His new movie will premier in a conference room at the National Assembly in Yeouido, western Seoul, tomorrow night, under the sponsorship of Song Ho-chang, a lawmaker from the New Politics Alliance for Democracy.