Reasons why the sky is not falling

Reasons why the sky is not falling 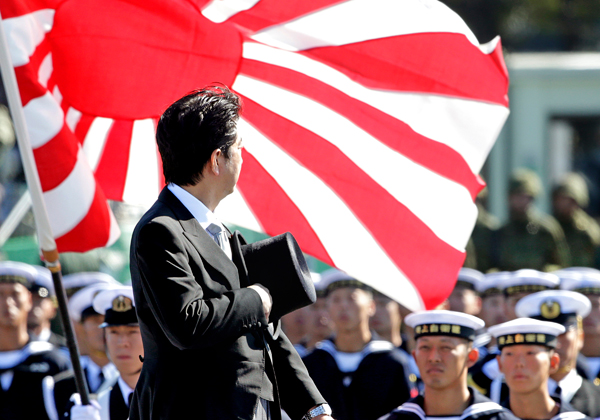 BUDAPEST - When it comes to geopolitics, there is always a market for gloom. Business has been booming in this respect lately, with The Economist, Foreign Affairs, and many less exalted journals full of claims that the global order is crumbling, America’s ability (and willingness) to save it is in terminal decline, and the prospect of avoiding major conflict in the decade ahead is illusory.

Plenty of recent events - along with the ghosts of 1914 and 1939 - have boosted the reputations, royalties, and revenues of today’s doomsayers. There is Russia’s adventurism in Ukraine; China’s territorial assertiveness - and Japan’s new push-back nationalism - in East Asia; continuing catastrophe in Syria and disarray in the wider Middle East; the resurgence of atrocity crimes in South Sudan, Nigeria, and elsewhere in Africa; and anxiety about renewed communal strife in India after Hindu nationalist Narendra Modi’s stunning election victory.

But, though global political conditions are hardly as good as they could be - they never are - there are plenty of grounds for thinking that they are not nearly as bad as so many are claiming. Here are the five most important reasons not to lose as much sleep as some pundits say you should.

First, cold war II is not at hand. Russia and China dislike the United States’ claim to global leadership, enjoy tweaking its tail whenever they can, want greater regional influence, and (like the U.S. itself) periodically turn their back on cooperative multilateralism. But they are deeply integrated into the existing global order, and have neither the ideological drive, economic interest, physical capacity, nor allied support to challenge it. They want greater influence in international institutions, not to overturn them.

Second, the decline in U.S. power and influence relative to China and other rising powers is natural, inevitable, and not a cause for alarm among those long reliant on America’s protection and support. It is inconceivable that the U.S. could have maintained forever the unipolar dominance of the early post-cold war years, when it accounted for close to 30% of global GDP and half of the world’s military expenditure. Others were bound to play catch-up.

The reality is that, in absolute terms, US economic and military power is still enormous, and that it has - and will have for the foreseeable future - far more allies, friends, and influence than any of its competitors. What matters is how it now chooses to exercise that power. As I heard Bill Clinton say privately, shortly after his presidency, that choice should not be “to try to stay top dog on the global block in perpetuity, but to create a world in which we are comfortable living when we are no longer top dog on the global block.”

Third, while rising powers’ ambition for more space and influence is a given, it is not remotely inevitable that this quest must take a military form. Everyone has too much to lose. The world’s major powers are far more interdependent financially and in terms of supply chains than they were in 1914 - the year of misguided optimism that pessimists love to cite - and the cumulative horrors of the twentieth century have fundamentally changed the normative environment. Bellicisme - the notion that war is noble, and can be purifying and cleansing - is dead beyond redemption.

Fourth, the decline of reliance on military power to solve geopolitical problems is not a sign that wimps are in charge, but that adults are. U.S. credibility is not at risk, for either its allies or foes, when it makes carefully calibrated choices about the balance of risk and return in using such force in particular cases.

The recurring criticism directed at President Barack Obama for not following through on his threat to attack Syria if it used chemical weapons completely misses the point. The object was to stop these weapons from being used by the Assad regime, and diplomacy - backed by the threat of force - appears to have achieved just that (although there have been recent reports, unconfirmed but worrying, of both rebel use and regime backsliding).

Of course, military force needs to be kept in the toolbox, to respond to states that wage aggressive war, like Iraq in 1991. Military capability is also needed to meet the global responsibility to protect citizens at risk of genocide and other mass-atrocity crimes if no lesser option is available and if intervening will do more good than harm, as would have been the case in Rwanda in 1994. But if the cowboy days of George W. Bush are over, that is to be applauded, not lamented.

Fifth, the international system has been responding to geopolitical challenges more effectively than is generally acknowledged. Despite the meltdown in their relationship over Crimea, the U.S. and Russia have continued to work together to negotiate a diplomatic solution to the Iran nuclear issue, and (with China) develop collective Security Council responses to successive crises in Africa. In almost every area of major power rivalry, potentially volatile issues are compartmentalized, while cooperation elsewhere continues.

No policy maker can be complacent. There is no end in sight to the Syrian nightmare, the respite in eastern Ukraine may be proving temporary, and in Sino-Japanese relations cool heads remain in short supply. Nor is there any shortage of other issues and systemic improvements, not least nuclear-arms reduction, on which to work.

But alarmist pessimism is self-reinforcing, defeatist, and needs to be contested. There is plenty of reason to believe that, where it matters most, we have learned enormously from the mistakes of the past. If we can stay calm and levelheaded, the worst of them will not be repeated.