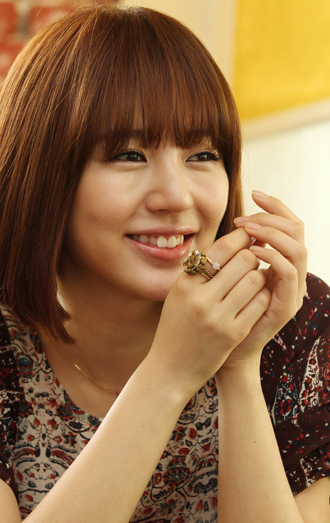 Yoon Eun-hye, 29, has joined the upcoming film “Chronicle of a Blood Merchant,” a film directed by actor and filmmaker Ha Jung-woo, according to film distributor NEW yesterday.

Based on Chinese author Yu Hua’s 1995 novel of the same title, the film follows a man who sells his own blood to make money for his family.

As Ha’s film is one of the most anticipated of the season, Yoon’s news sparked considerable attention from local film fans. Yoon is considered one of the most successful actresses who came from a singing background. After starting her career as a teenage member of girl group Baby V.O.X in the late 1990s, she started to work on her acting career in 2006, appearing in the MBC drama “Princess Hours” that same year.

In 2007, she starred in “Coffee Prince” and established herself as a Korean Wave icon. However, Yoon hasn’t had much appeal at the local box office. Her latest film, “My Black Mini Dress,” only managed to draw in 313,953 admissions.