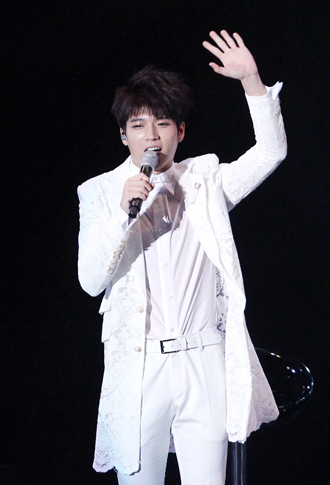 As it was reported that Woo-hyun had his shoulder wounded during the futsal games (a type of indoor soccer match), radio DJ Park Gyung-rim asked the team if he was okay.

“Actually, he still cannot use his arms properly. He can’t even dance to our choreography at the moment,” said Dong-woo, adding that all his teammates hope he will get well soon.

Right after the games, Woo-hyun was taken to a nearby hospital, but many fans still showed serious concerns, as Infinite released their latest studio album “Season 2,” and has been promoting the lead-off single “Last Romeo” from last week.

Since the MBC idol sports event started in 2010, there have been a lot of singers that were seriously affected during the game.

The futsal games were thrown to celebrate the coming World Cup in Brazil.