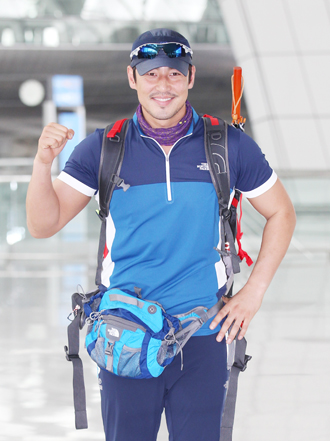 SBS yesterday stated that the sequel to “Law of the Jungle” will air June 11, starring actress Baek Jin-hee, singer John Park and Ailee, among others.

This time, the title will be changed to “Law of the City” as celebrities tackle the greatest cities in the world instead of the Amazon.

The production team went to New York City in April and shot for 20 days while exploring the Big Apple. Contrary to the popular trend of depicting New York as the world’s fanciest place, the team, led by producer Lee Ji-won, who also made the “Jungle” series, will show different sides of the city.

Kim Byung-man, who is often dubbed as the “clan leader” of the jungle, won’t be leading in the city series. Instead, 40-year-old actor Kim Sung-soo will lead the five-member team.

“Although there will be no comedian on the team, we expect the actors to show their different sides when they travel to foreign cities,” remarked an official of SBS in April.

The show will air until July.