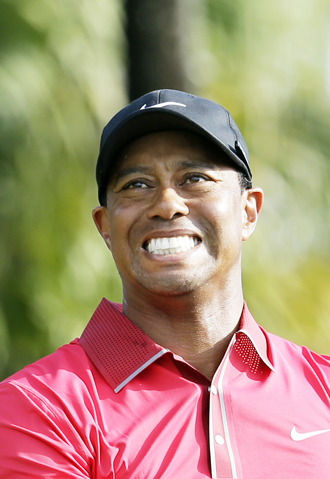 Three-time champion Tiger Woods has ruled himself out of next month’s U.S. Open at Pinehurst in North Carolina as he recovers from back surgery, the second successive major championship he will miss this year.

The former world No. 1 has been sidelined from competitive golf since late March after requiring treatment for a pinched nerve in his back that had troubled him for months and was unable to compete at the Masters in April.

“Unfortunately, I won’t be there, because I’m not yet physically able to play competitive golf,” Woods said in a statement on his website on Wednesday, referring to the June 12-15 U.S. Open.

“The U.S. Open is very important to me, and I know it’s going to be a great week. Despite missing the first two majors [this year], and several other important tournaments, I remain very optimistic about this year and my future.”

This will be the sixth major championship missed by Woods due to injury, and he remains stuck on his career tally of 14 wins He last major win was the 2008 U.S. Open at Torrey Pines.

Woods has not set a timetable for his likely return and could possibly miss the year’s third major, the July 17-20 British Open at Royal Liverpool in Hoylake, England.

The 38-year-old American has been increasingly plagued by injuries in recent seasons as the wear and tear of years on the tour have begun to take a toll.

He failed to finish the PGA Tour’s Honda Classic at Palm Beach Gardens in early March, quitting after 13 holes in his final round.

Woods then tweaked his back on the last day of the WGC-Cadillac Championship in Miami a week later.

Woods pulled out of the March 20-23 Arnold Palmer Invitational, a key lead-up tournament he has won eight times, in hope that he could play at the Masters before he opted for surgery on March 31.