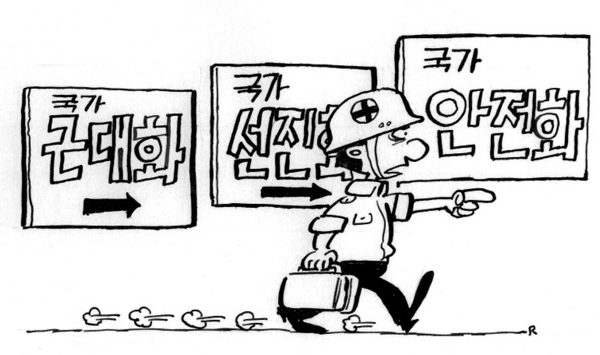 A nation’s goals and strategies are so important that they can determine its prosperity and downfall. The United States, Russia, Germany and Japan, which were second or third-class countries until the 19th century, became first-class in the 20th century as they had clear objectives.

Germany and the United States became leading nations because Abraham Lincoln and Otto von Bismarck had the vision and determination to unify their nations. Russia created the Soviet Union as a superpower with the ideal of building the first socialist paradise in human history. Japan had the national objective to “escape from Asia” and a strategy to “use the Japanese spirit to enhance Western studies and technologies.” It became the second-largest economy in the world.

Yet the United States has become the most despised country in the world, and the Soviet Union has been dissolved. Japan is trapped in the “lost two decades” and hasn’t taken a step forward. These countries lack new objectives or have failed to come up with alternatives when existing visions become outdated.

Korea has attained its success with a clear strategy. “Let’s be prosperous” was the slogan of the 60s and 70s, and the objective of “modernization” and the import-driven strategy of the 80s and 90s led to economic growth. In the 90s and the 21st century, the goal of “advancement” and focusing on globalization helped the country leap into the developed world. But setbacks inevitably accompanied rapid growth, which we have to pay the price of some day. Korea experienced the Asian financial crisis and the IMF bailout, and most recently, we had to witness the Sewol ferry tragedy.

While the bailout was catastrophic, it became an opportunity to fundamentally rebuild the Korean economy and revamp corporate practices, serving as a crucial turning point for Korea today. A patient who suffers severe pain resorts to more fundamental treatments and becomes healthy, while a patient who doesn’t have symptoms is not aware of his condition.

The Sewol ferry disaster was the event that made us realize what the affected areas are in Korean society and how we desperately need a comprehensive overhaul and renovation. We made unreasonable demands and ignored safety in many areas just to get ahead and get visible results. A true developed country does not boast of 99 percent safety, it does its best to prevent a single accident.

By setting the national goal of “safety,” we need to rebuild ourselves into a country where citizens can feel safe in all areas, including national security, the economy, social issues and education.

The author is a chair professor at Duksung Women’s University