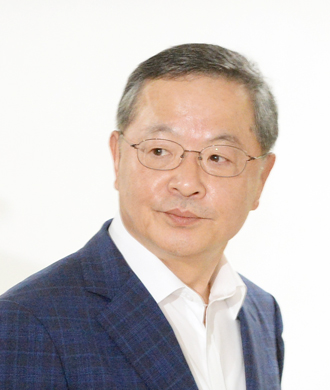 Ahn’s walking away from the job threatens the reshuffle that was supposed to show the president’s resolve to clean up corrupt practices in the government in the wake of the Sewol ferry disaster.

She will have to find an even cleaner candidate to replace Ahn, and this time the choice is likely to be a politician, sources say.

Ahn, a former prosecutor and justice of the Supreme Court, abandoned the nomination after the media and opposition politicians accused him of making 1.6 billion won ($1.5 million) in just five months after retiring from the Supreme Court in July 2012.

They suggested he was selling his influence as a former supreme court justice to help swing cases for clients involved in legal difficulties.

Part of the blame for the scandal around him goes to the civil affairs secretary office in the Blue House, which is in charge of picking candidates for key posts and vetting them. Analysts say the office failed to see any potential problems with Ahn because it too is packed with former prosecutors and big law firm lawyers who didn’t find anything strange about the money Ahn made.

A day after Ahn’s nomination, the office said the average annual income that a lawyer reports to the National Tax Service is 500 million won and that 1.6 million won in earnings for five months on the job was not a big deal for a former justice.

Hong Kyung-shik, senior presidential secretary for civil affairs, is himself a former prosecutor and lawyer from Lee & Ko, one of Korea’s top five law firms. Four out of five secretaries under him are from three top-notch law firms: Kim & Chang, which is No. 1, Bae, Kim & Lee and Kee & Ko. Some commentators satirized the situation by saying a “big law firm has relocated to the Blue House.”

The phenomenon was boosted after the president appointed Kim Ki-choon chief of staff last August. He is a former prosecutor-general and justice minister who was particularly close to President Park’s father, former president Park Chung Hee. His son-in-law is also a lawyer at Kim & Chang.

Park Young-sun, floor leader of the main opposition New Politics Alliance for Democracy, noted yesterday that the final decision maker for the nomination of Ahn was Kim Ki-choon, signaling indirectly that he should volunteer to step down to take responsibility for problems relating to personnel appointments in this administration.

“That the Blue House’s personnel verification system is not operating properly has caused a lot of concerns for the future of Korea,” she said.

Kim Sung-tae, a lawmaker with the ruling Saenuri Party, said in a radio interview yesterday that the president should be encouraged to diversify the scope of officials working on state affairs.

“For President Park to show her firm will to resuscitate her management to the people, an all-out reshuffle of her cabinet as well as secretaries is needed,” he said.