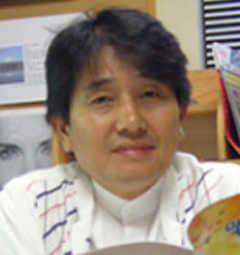 Lee Gang-rae, a 60-year-old business administration professor working at Wonkwang University, received recognition Tuesday from the Ministry of Gender Equality and Family for his work promoting the welfare of adolescents.

“A lot of students who can’t easily fit into the social framework that adults have constructed become troublemakers,” Lee says, “although they don’t really cause many problems.”

Lee admits that his own past as a troubled kid was the motivation for his work with adolescents.

Lee established the Macji Education Center for Adolescents in Gwangju, South Jeolla, in 1997 as an alternative education organization for adolescents who have trouble adjusting to society. About 2,000 adolescents have gone through the center. Lee received the second Hong Gink-ki Award for his work in 2011.

Lee calls himself a childhood troublemaker. He skipped school for more than 200 days when he was a student at Gwangju Commercial High School. The only reason he managed to graduate was because of a teacher’s plea to the school’s administration.

He started studying accounting at Chosun University in 1978 but was imprisoned during the pro-democracy movement when he was elected student body president in 1980.

He transferred to Wonkwang University in Iksan after he was released from prison and became a steadier student, but he had a hard time getting a job after graduation.

Lee became interested in troubled youths when he was studying for his doctorate and working as a part-time lecturer.

“I was not interested in studying when I was in school, but I eventually became a teacher,” he says. “I thought somebody should take some kind of action to help students get on the right path.”

He contacted people whom he knew from the pro-democracy movement. They established the Macji Group in 1985 and the Macji Education Center for Adolescents in 1997.

The Macji Education Center for Adolescents runs a long-term shelter for homeless adolescents and operates the Chamsaram School, an alternative school for both middle and high school students who can’t get along in normal schools.

The center also helps children to explore their various talents and show them to the world. The Korea Youth Film Festival, which has operated since 2000, is one of its projects.

Lee’s next goal is to build a village for adolescents who are drifting aimlessly on land near Mudeung Mountain, which the Macji Group bought in 1992.