Why Putin went to Shanghai

Why Putin went to Shanghai 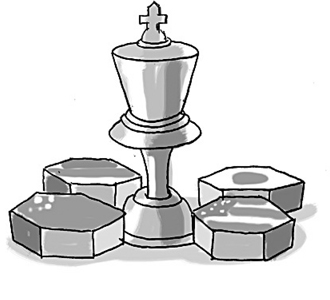 Stretching from Europe to Asia, Russia is located at the center of Eurasia. Seventy-five percent of its vast territory is in Asia, and the remaining 25 percent is in Europe. The Asian part of the land, in particular, is abundant with resources. So when there is even a slight change of mood in Moscow, the impact spreads across the whole of Eurasia. That’s why Russian President Vladimir Putin’s visit to Shanghai drew worldwide attention. In Shanghai, Putin made three historic moves that could result in an upheaval of the dynamics of power in the region.

First, Putin, along with Chinese President Xi Jinping, participated in a signing ceremony for a $400 billion deal to export Siberian gas to China for 30 years from 2018. Putin and Xi ostentatiously shook hands, each leader having different motives for putting on a show for the United States.

For Putin, it was a preemptive response to the EU’s threatened boycott of Russian gas because of the crisis in Ukraine. For Xi, it was an effective broadside to the Obama administration, which supports countries involved in territorial disputes with China in the East and South China seas and actively backs Japan’s right to collective self defense. Moreover, Beijing secured a stable gas supply from Siberia, which will help alleviate the dangerous air pollution plaguing its cities.

Second, Putin, along with Xi, initiated the Conference on Interaction and Confidence-Building Measures in Asia (CICA) with 24 member countries, including Korea, and 12 observers, revealing their bold ambition to make it a counterweight to America’s “pivot to Asia” strategy. It is noteworthy how America’s allies, such as Korea, will act as a check on Russia and China’s attempt to make the forum stand up to the United States. Korea has initiated the drastic alleviation of the new Asian security concept, which was included in the first draft of the summit statement. The confrontational structure of the United States and Japan versus China and Russia could be a blue ocean for Korean diplomacy.

Third, by attending the launch ceremony of the Russia-China joint naval exercise in the South China Sea, Putin and Xi conveyed the message to the world that the two northern powers have joined forces against the American order. It means that if the Senkaku islands in the East China Sea or countries under America’s wings in the South China Sea have an armed clash with China, Russia’s Pacific Fleet headquartered in Vladivostok will provide “solid support” for China. Upon returning to Russia, Putin made a hard-line remark on the negotiations for returning the Kuril Islands, raising anxiety in Japan.

The $400 billion gas contract, the CICA leadership and the joint naval drills symbolize an economic, foreign policy and military partnership of the two powers. How is America reacting? Two American authorities on East Asian affairs who attended the JoongAng Ilbo-CSIS forum discussed the issue. Former Deputy Secretary of State Richard Armitage remained optimistic, saying Russia’s moves are strategically insignificant “for now.” However, Kurt Campbell, former assistant secretary of state for East Asian and Pacific Affairs, takes a more serious view. He emphasized that the United States needs to modify its East Asian strategy to correspond to the Shanghai events. He interpreted the Russian gas sale to China as a strategic trade. He seems to be on the right track.

When I met Foreign Minister Yun Byung-se at the Jeju Peace Forum, he cited Korea’s role in the CICA summit and suggested there are many assets a country like Korea could use in the confrontation of America vs. China and Russia. Challenges and crises often pose opportunities.

But if the hegemony contest between America and China becomes more intense and Japan and Russia participate more aggressively, Korean diplomacy is given a daunting task of dealing with four powerful countries. As Korea depends on the United States for its security and on China economically, confronting the two countries calls for the diplomatic caliber, vision and strategy of Bismarck and Kissinger. We need to objectively review if we have competent human resources, and the conclusion should be reflected in the upcoming government reshuffle.

The most urgent task is the diplomacy with Russia, which had been relatively neglected until now. While Korea is making efforts, Russia has always expressed discontent that Korea does not approach Moscow enough. Remembering the historic Korea-Soviet ties that were fashioned by President Roh Tae-woo and Mikhail Gorbachev, we need to take a deeper interest in Russia. Also, is the relationship with China developing as much as the quantitative growth and fancy slogans would have us believe? It is not too early to revamp Korean diplomacy, as the relationships with China and Russia are crucial not only for balanced security and economic prosperity but for future reunification diplomacy.