Home not where the heart is for all adoptees

Home not where the heart is for all adoptees 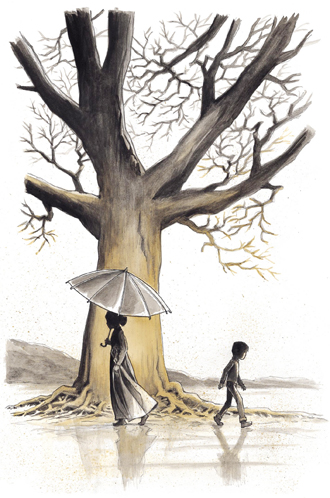 In “Approved for Adoption,” young Jung Henin struggles as he comes to terms with his identity as an adoptee.Provided by Mano Entertainment

Sixty years on, the remnants of the 1950-53 Korean War are virtually impossible to find in most aspects of modern Korea. The nation has rebuilt itself into a global economic power, and as a leader in IT and kitschy pop, among other things.

The country formerly dubbed No. 1 in child export, a phenomenon that began in the aftermath of the war, no longer carries that title, but a UN report compiled in 2009 revealed that Korea still lingers on the list of nations that facilitate international adoptions, at No. 5.

And while the government said that the numbers have been decreasing since then, this doesn’t really tackle the problem of how to help adoptees who make their way back to Korea.

Return to the motherland

Today, most Koreans admit that they feel slightly embarrassed when they see adoptees abroad, but not all that much has been done to address the issue of overseas adoption.

And amid all this, an interesting phenomenon is happening - adoptees are returning to tell their tales.

Within the space of two months, Koreans will be challenged by two raw, gripping accounts in “Approved for Adoption” (“Couleur de peau: Miel” in its original French), directed by adoptee Jung Henin (Jeon Jung-sik) from Belgium; and “A Winter Garden” by filmmaker Lee Ji-hyun.

The former work is an autobiographical animation fused with a documentary that sees a young Jung take up a new identity at 5, halfway across the world from where he was born. Lee’s documentary, which opens this month, will offer a glimpse into the life of an adoptee, a friend of hers called Cecil DeLaitre.

“Certain Korean adoptees need to come back to the land of their roots,” said Jung, who said it took time for him to arrive where he is now - in “a love relationship” with his native land.

Although brought up by well-meaning parents who tried their best, Jung said he always felt like he had to win his mother’s affections.

In the animation, viewers witness a child constantly trying to work out his place in his family, community and the world, all the while dreaming of his biological mother.

“I would send her a letter in which I would write to her that I loved her, but she would never answer,” Jung said. “Would I have developed an imaginary relationship with my biological mother if I had been happy with the one I had with my adoptive mother? I am not so sure.”

While he acknowledges that his adoptive mother is “the one who took care of me,” Jung said he couldn’t help but think about his adoption.

“When I thought about my status as an adoptee, I often felt annoyed … I often told myself that if I had been abandoned, it was because I had been bad,” said Jung.

Left: Lee Ji-hyun directed “Winter Garden,” a documentary about her adoptee friend Cecil DeLaitre. By Park Sang-moon. Right: DeLaitre is one of many adoptees Korea has sent out since the end of the 1950-53 Korean War. Provided by Amuse

Adopted at 3 months old, Anna Hansson, 22, from Sweden, said that her situation didn’t cause her any grief growing up, for the most part. But there was one moment that suggests it affected her deep down.

“One time [my adoptive mother] found me miserably crying on the floor. Apparently I told her that I never wanted to have kids and she didn’t understand why. After some talking she understood that I believed if I were to have a child, I would have to give it up for adoption, which was the reason for my premature grieving.” Later, when Hansson discovered that the two didn’t go hand in hand, she felt consoled.

While Hansson has heard that many of her counterparts feel a void in their lives, she thinks that’s too simplistic.

“There are so many people growing up not in their own culture, leading very happy lives,” she said. “I don’t think it’s a matter of what culture you were brought up in but rather a matter of how much you feel at peace with yourself.”

Jung agreed that anyone of color, or a minority, may go through similar experiences of self-doubt as adoptees, but, Jung pointed out, “Let’s say that as opposed to others, the adoptee will always wonder why he has been abandoned. Has he been desired?”

More than meets the eye

The French title of “Approved for Adoption” is “Skin Color: Honey,” and for Jung, his confusion about his identity was rooted in the physical differences between himself and the rest of his family.

His skin color, as described on his adoption papers, is tied to one of the questions adoptees are asked the most: “Did you know you were adopted?”

“When I looked in the mirror, I did not see a blond child with blue eyes,” said Jung, who explained that this served as a reminder that he was abandoned - and could be again.

Adopted by a French couple in Normandy in the 1970s, DeLaitre, the inspiration for “A Winter Garden,” arrived in France at 26 months old.

“I’m French, of course,” said DeLaitre, “But I can’t brush under the carpet my little first life in Korea and its prints on my own body.”

Lee first met DeLaitre while she was studying in Caen nearly 10 years ago. They became friends, and although Lee had seen Korean adoptees around - “distinctly pretty Korean-looking girls with white parents,” DeLaitre was her first adoptee friend.

But the topic of DeLaitre’s adoption never came up until Lee was returning home to Korea. As they said their goodbyes, Cecil handed her a note with the address of her old orphanage, “Star of the Sea Childrens Home” in Incheon and asked Lee to help her find her birth parents.

“Before then, I never really thought about adoption all that much, and I remember thinking that she wanted me to chronicle the journey somehow,” said Lee.

The search was born mostly out of curiosity: Cecil said that her birth parents don’t define her. “Searching for the trace of the person who has given me birth was not and is not a necessity.

“I’m personally too conscious that in this content we can’t renew ties that were definitely cut,” she said.

Hansson, too, took up the opportunity to search for her biological parents while she was in Korea from 2011 to 2012. “I thought why not give it a try,” she said. But, like with DeLaitre, the results of the search were not fruitful. Hansson’s search went further than most, especially those from earlier waves of adoption in the 50s and then in the 70s.

Hansson was told the bare minimum. She found out that her mother and father were both surnamed Kim, were 23 and 28 in 1991 when they gave her up, and were from Gimcheon. While her father wasn’t located, Hansson was told her mother was found but did not want to have any contact with her.

Overall, her experience looking for her parents was frustrating. “I find it hard that everything has been conveyed by a third party,” Anna said, explaining that she mostly felt like a spectator in the search.

Even as an outsider who tried to help DeLaitre find her parents, Lee said she found that the attitude of these adoption agencies to be “irresponsible for places that sent away so many children.

“I’m not saying let’s get rid of Holt [a Korea-based adoption bureau],” said Lee. “Adoption agencies are such well-established parts of society now, but hopefully through [the film] people will rethink the stance.

One of the most exasperating parts of returning to Korea for many adoptees is that the system that sent them out was a one-way process with no room for return.

“Most parents were told, ‘your child is not coming back,’ - it was believed that the children would never want to come back and that they would go out there and live the American dream,” said Jenny Na of Adoptee Solidarity of Korea, a 10-year-old advocacy and activist group based in Seoul. “One of the biggest questions we had was, ‘Korea’s not a poor country anymore, so why are they still sending babies abroad?’ ”

Left: “Approved for Adoption” has won countless awards worldwide and relates to minorities as well as adoptees.Right: Jung Henin says that for many adoptees, ties to Korea are “like a love relationship.”Provided by Mano Entertainment

“We found that 80 [percent] to 90 percent of children sent away were from single mothers,” said Na. “At times it feels like there has been a lot of misconduct in the adopting process with birth mothers tricked into giving up their children.”

Na believes the agencies think it is in their best interest to have birth parents’ histories remain in the dark.

But even if records survive, it’s doubtful whether they would help as most children adopted overseas were from unwed mothers who omitted as much information as possible.

“In the late 80s they enforced this law, so, to act responsibly, the government decided that children given up by families should not be adopted abroad,” said Hong Mee-kyung, PR manager at Holt, explaining why adoptees sent overseas have more trouble locating their birth parents.

Another change came in 2012 with the implementation of the Republic of Korea (ROK) Special Adoption Act, which prioritizes domestic adoptions and states that inter-country adoption requires the approval of the ROK Family Court. Furthermore, the mother must have her child for a week while she fills out the paperwork.

The Korean Unwed Mothers Support Network affirmed that more women were choosing to keep their children due to the act.

“I guess because they have to be with them for a week, and getting all the required documents that you need takes some time, more women change their mind,” said the spokesperson. But two out of five babies given up by their natural mothers still get taken abroad.

“Of course we would prefer that the kids be adopted by domestic families,” said Hong. “But we can’t really enforce that.”

The Ministry of Health and Welfare stated a few weeks ago that there was a 51 percent decrease in overseas adoptions between 2012 and 2013. Just 922 children were adopted via official means last year, and of these, 236 were sent abroad.

While many adoptees experienced discontentment in their journey to discover their roots, others have found inner peace on return to Korea.

Jung says that the relationship between adoptees and their homeland can be envisioned “like a love relationship between two people. The feeling of being in love never lasts very long. In order to make a relationship evolve toward true love, one has to accept certain flaws. This means finding the right balance between qualities and flaws, because no one is perfect.”