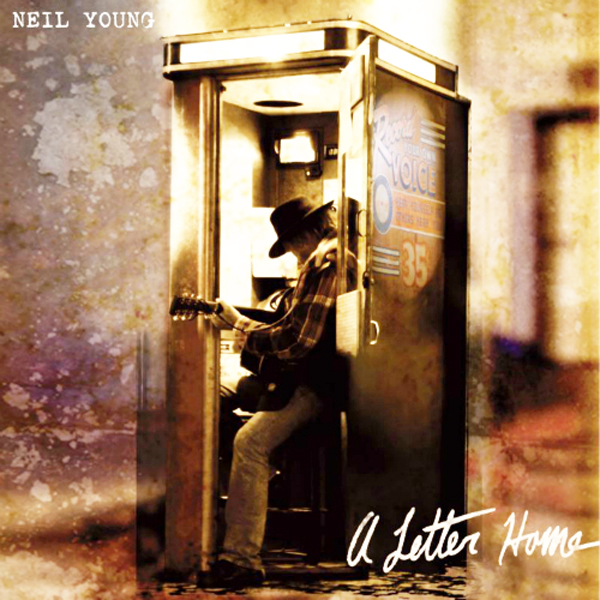 Neil Young’s sporadic concept records aren’t for everyone. “A Letter Home’’ should be.

While still an esoteric venture - Young recorded it on a refurbished 1947 Voice-O-Graph - the songs he chose are familiar ones, making this more accessible than previous out-in-left-field Young releases.

Among the songs: Bob Dylan’s “Girl From the North Country,’’ Bruce Springsteen’s “My Home Town,’’ Willie Nelson’s “On the Road Again’’ and “Crazy,’’ and Gordon Lightfoot’s “Early Morning Rain.’’ They are a reflection of Young’s roots and musical backbone, made all the more clear by the heartfelt and intimate delivery.

Now, back to the box. Young, 68, was captivated by the Voice-O-Graph that Jack White had restored and made available at his recording studio in Nashville, Tennessee. Typically used by amateurs to record one song at a time, which is immediately laid down on vinyl, Young decided to cram himself into the phone booth-sized contraption and record an entire record.

The songs sound like they came from another age - complete with scratches, pops and imperfections usually only heard on old vinyl records.