What does an oil cutoff mean?

What does an oil cutoff mean? 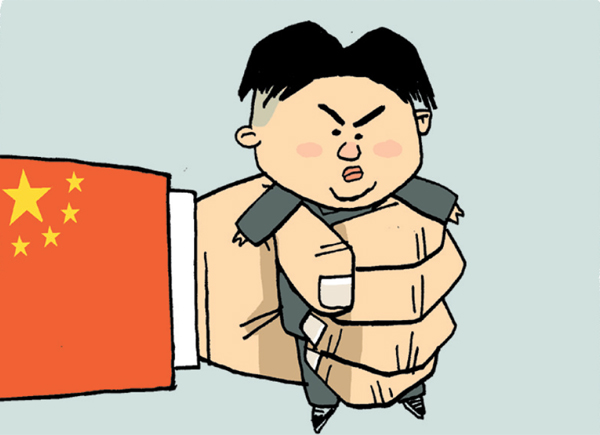 Is China finally squeezing North Korea? According to a report by South Korea’s Trade and Investment Promotion Agency last month, China provided no crude oil shipments to North Korea in the first quarter. Between January and March, moreover, overall bilateral trade dipped by 2.83 percent compared with the previous year. In addition, there is growing speculation in Washington that earlier press reports of healthy China-DPRK trade unaffected by the execution of Jang Song-thaek may have been inaccurate. The latest data out of Seoul suggests that trade ties did in fact suffer in the immediate aftermath of Jang’s execution in December. North Korean coal exports to China in February 2014 dropped by 26 percent from the previous month, and exports of iron ore to China fell by 23 percent over the same period. NKEconWatch, a popular blog site for North Korea watchers, reported that overall trade may have dropped by as much as 46 percent year-on-year in February.

What does this mean? Is China expressing its anger at the young North Korean leader for his irresponsible behavior? Does this reflect general uncertainty by Beijing now that their main contact (Jang) is gone? Many experts will be quick to jump on this data to proclaim that the United States has finally won the argument with China to join it in tightening the screws on North Korea.

But things are not that clear. China has had irregular patterns of trade with the North before. In 2013, for example, China stopped crude oil exports to North Korea in February, June and July. But it then made up this shortfall with a mega-shipment at the end of the year in December. Thus, the explanation could be that the first-quarter drought is a repeat of this irregular pattern. Or it could be that trade figures are delayed. China also has other forms of energy supplies to North Korea - such as jet fuel and petroleum - that take place off the books.

So the meaning of the current stoppage is unclear. If trade figures for the first part of the second quarter show the same pattern, there is a good chance this demonstrates Chinese anger at the young leader’s purge of Jang.

The United States probably sees the current oil cutoff as a victory in its behind-the-scenes diplomacy to get Beijing closer to Washington’s side in clamping down on the unruly dictator in Pyongyang. In Washington, there are constant references to better U.S.-China cooperation on North Korea. Without quoting anyone, the general impression is that the United States has been working on China since the Sunnylands Summit and that there is hope that Beijing will “turn the corner” in cooperation.

But even if China has “turned the corner” and cut off crude oil to the North, what does this mean for the road ahead? Our fixation on China as the answer to the North Korean nuclear puzzle assumes a linear relationship between Chinese economic spigot-tightening and Pyongyang compliance. That is, U.S. policy has been premised on the idea that if China cuts off the oil, then North Korea will cave to six-party pressure for denuclearization. I don’t think the answer is that simple. On the contrary, the latest instance of Chinese economic pressure may actually increase the chances for a resumption of nuclear negotiations.

Let me explain why. Any deliberate Chinese pressure on North Korea is usually complemented by back-door intense pressure by Beijing on the United States to return to the negotiation table. A caricature of the conversation would go something like this:

Chinese: “Well, we have now punished North Korea for their bad behavior.”

Americans: “Great. Glad you see it this way.”

Chinese: “We have done what you want.”

Chinese: “Now, you must do what we want. Go back to talks with the North Koreans.”

The dilemma for the United States is that Chinese pressure for diplomacy is not conditioned on a satisfactory answer from Pyongyang to Washington’s key concern - admitting the existence of a covert uranium-based nuclear program (in addition to the existing plutonium program). What it does promise, however, is Beijing calling on Washington to reciprocate for Chinese actions by returning to the negotiation table to avert another crisis of North Korean weapons testing. The pressure on Washington will be to drop its “strategic patience” policy, which sets out required “pre-steps” by the North before the United States will return to negotiations. These pre-steps are understood to be a freeze on testing; readmission of nuclear inspectors to the Yongbyon plutonium facility; and admitting to a covert uranium-based nuclear program.

Furthermore, open-source commercial satellite imagery this week indicates major construction on the main missile pads in North Korea, which suggests the delay of any missile tests until late summer or early fall at the earliest. However, nuclear test preparations continue. This leaves a small window, the Chinese would argue, for potential resumption of dialogue.

Contrary to conventional wisdom, if China is squeezing North Korea, it will not cause Pyongyang to concede to denuclearization pressures. Instead, it will put pressure on the Obama administration to swallow the political cost of returning to the negotiation table without achieving any concessions up front.

*The author is professor of government at Georgetown University and senior adviser at the Center for Strategic and International Studies (CSIS) in Washington, D.C.