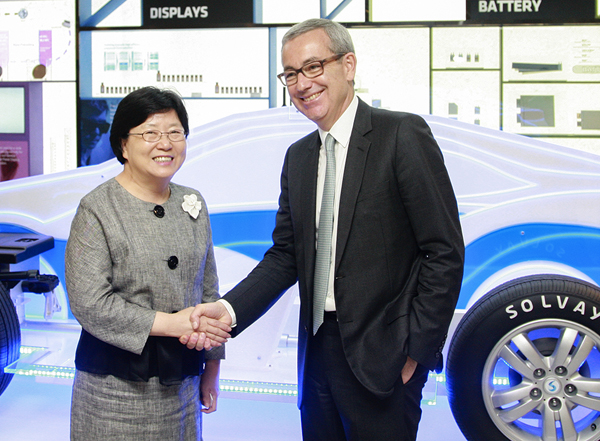 The R&I center that opened in April is the first for a multinational company at a Korean university.

Solvay’s other Asian R&I centers are in China, India and Singapore. The Korea center will be the second-largest in Asia after the one in China.

“We’ve looked for an academic institution to partner with in Korea and chose Ewha after examining the quality of scientists, graduates and the partnership,” said Solvay CEO Jean-Pierre Clamadieu. “The establishment will solidify Solvay’s stance within Korea and Asia, and be a great opportunity to expand industry-university collaboration in the field of science.”

Kim Sun-uk, president of Ewha Womans University, said, “I agree that the future of science will be led by female scientists. Ewha has outstanding professors who have devoted themselves to science and technology. We anticipate sharing Solvay’s global capacity and network through the project.”