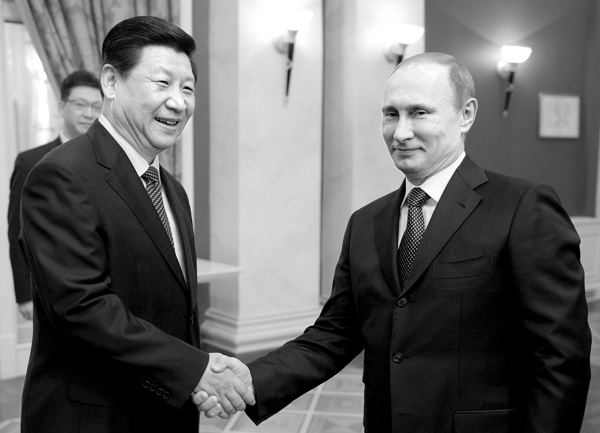 A group of Japanese lawmakers plans to petition Prime Minister Shinzo Abe to look into reviving a shelved multibillion-dollar project to bring natural gas directly from Russia through transcontinental and undersea pipelines. The group’s leader, Naokazu Takemoto, told Bloomberg that 33 members of the Diet signed a motion to urge the government to revive the plan to construct a 1,350-kilomter (839-mile) gas pipeline between Russia’s Sakhalin Island and Japan’s Ibaraki prefecture, northeast of Tokyo, in June for review ahead of Russian President Vladimir Putin’s visit to Japan in the fall.

Bloomberg cited the ruling Liberal Democratic Party member as saying the lawmakers were renewing efforts to revive the colossal project - which has been discussed for a decade - after Russia struck a 30-year $400 billion deal to supply natural gas to China and to better cope with Japan’s energy problems stemming from power shortages from nuclear reactor shutdowns following 2011 earthquake and tsunami.

Rich Russian natural gas supplies have stirred up a fierce regional diplomatic competition. Due to fallout with Europe over its actions in Ukraine that has taken toll on energy exports, the Kremlin is looking to the East. It offered China a price of $350 for 1,000 cubic meters (35,314 cubic feet) of natural gas, far better than the $380.50 it charges European countries. The deal added to China’s ego and voracious appetite for energy. State-run China National Petroleum Corporation won a license to carry out $1 billion in exploratory natural gas work in Peru, following its $2.6 billion purchase of Brazil’s state-owned Petrobras’ Peruvian oil and gas assets. China’s energy reach is ever extending even after securing Russian pipelines in northeastern regions, Beijing and Shandong.

While China is busy buying, Russia is preoccupied with sales. Senior Russian officials have been frequenting North Korea since March. Russian Deputy Prime Minister Yuri Trutnev in late April paid a three-day visit to Pyongyang. Upon his return, the Russian parliament passed a bill to write off 90 percent of North Korea’s $11 billion debt outstanding from the days of the Soviet Union. The remaining 10 percent, which amounts to $1 billion, will be paid in equal installments over 20 years in return for Pyongyang’s endorsement of a pipeline to run through North Korea to South Korea. It is a part of a grand plan to run a modern Trans-Siberian Railway line through North Korea and serve Russia as a middle stop between Europe and South Korea.

On the supply end, northeastern Asian countries share an equal disadvantage. They rely heavily on imports. But because of their location at the far eastern end of the line, Asian countries inevitably pay higher prices for energy than Western buyers. South Korea and Japan are among the biggest energy importers, yet they have to settle for liquefied natural gas supplies four to five times more than the original price.

Russia’s “pivot to Asia” policy on energy is, however, disrupting market equilibrium. Russia sits on the world’s largest natural gas reserves, and Asia can truly enjoy a regional premium. It is why neighboring countries are responding with eagerness to Russia’s marketing campaign. Strangely however, South Korea remains on the sidelines. Seoul is too engrossed in domestic affairs - a maritime calamity and midterm elections. But energy security is crucial for the country and it must top the national agenda on the foreign front. A Russian wave is on the rise. We should not let it pass. Riding on it could shape our future 20 or 30 years from today.