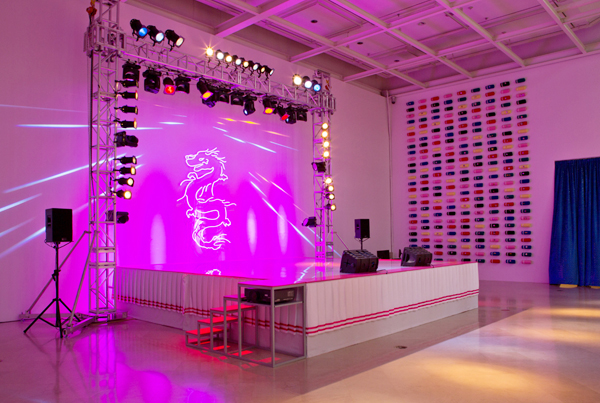 To Sunday: Jung Yeondoo is the artist behind the solo exhibition “Spectacle in Perspective.”

Jung has always shown an interest in the dreams and desires of ordinary people who live as an anonymous part of the crowd, but who, at the same time, want to live as individuals.

This can be seen in the artist’s early photography series, including “Hero,” “Evergreen Tower” and “Tokyo Brand City.”

It is also obvious in one of his new works, which the exhibition introduces - “Crayon Pop Special.”

The piece, a collaboration with fans of the girl group Crayon Pop, who are mainly men in their 30s and 40s, consists of a video of performances by the devoted fans called Popjeossi, their personal objects and a stage installation for the girl group.

The work focuses on the fans rather than the girl group, exploring the inclinations and impulses of grown-up men who are pressured to act seriously and ignore idol groups in Korean society.

To June 21: Ninety pieces of Joseon-era white porcelain jars are featured in this exhibition, including wonho, or rounded-style jars (often called moon jars), which have always been admired by artists and the rest of society.

Ipho, or upright ceramics, which have been “somewhat neglected by the public,” according to the museum, are also on display. 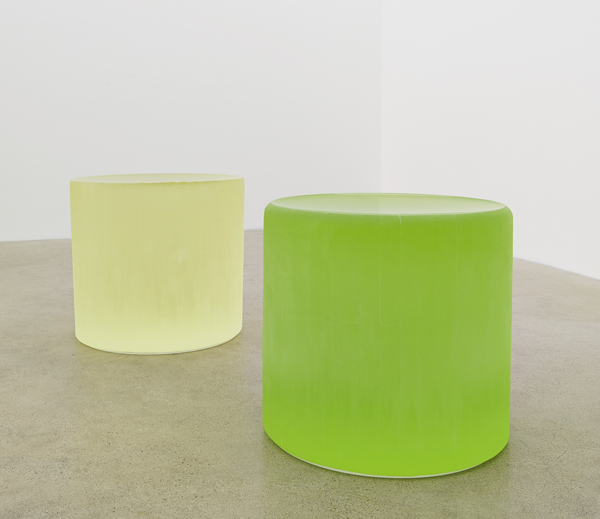 To June 22: American conceptual artist Roni Horn is holding a solo show in Kukje Gallery’s K3 space. The artist’s cast glass sculptures, which are on display, seem as if they are made from water that has suddenly solidified, but look different from ice. “What makes these new works so captivating is their unusual yellow-green hues, a spectrum that refuses easy categorization and evokes land as well as the sea,” said Zoe Chun, director of the gallery. The six similar sculptures are all called “Untitled,” but the artist has also given them different poetically enigmatic subtitles, like “Changes in Daylight that Frighten Dogs” and “The Light that Moves against the Wind.”

To July 13: This is a retrospective of Shirin Neshat, 57, a New York-based Iranian artist and film director who largely uses photography and video to talk about the complicated conditions and identities of Muslim women around the world.

To Aug. 31: “Admiration for White Porcelain” is an exhibition of contemporary art works inspired by moon jars and white porcelain pottery that originated in the Joseon Dynasty.

The show, featuring 56 works by 27 local artists, is divided into three sections. Section one is for modern-era painters, including important abstract painters Kim Whanki (1913-74) and Chung Chang-sup (1927-2011).

To Sept. 28: “The Treasures of Kansong” is the first exhibition of the Kansong Art Museum’s collection outside the museum itself. Established in 1938, Kansong is Korea’s oldest private museum and previously only opened its doors to the public twice a year for a fortnight at its home in Seongbuk-dong, northern Seoul.

The 100 artifacts include Hunminjeongeum Haeryebon (National Treasure No. 70), a guide to the creation of hangul, or the Korean alphabet.

There are also 10 paintings from the Album of Genre Paintings by Joseon-era artist Shin Yun-bok (1758-?), which is part of National Treasure No. 135.

The exhibition opens every day at 10 a.m. On Tuesdays, Thursdays, Saturdays and Sundays it closes at 7 p.m., while on Wednesdays and Fridays it stays open until 9 p.m.

The plaza is closed on Mondays. Go to the Dongdaemun History and Culture Park Station, subway line Nos. 2, 4 or 5, exit No. 1.