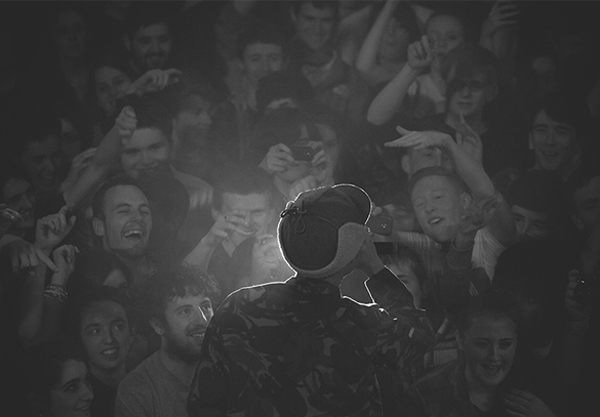 Hip-hop has become a hot music genre; from New York City to Beijing, rappers are rising as pop-culture icons. Provided by Bad Rap

“How do you market Jin?”

In the four-minute trailer for independent documentary “Bad Rap,” Chinese-American rapper Jin Au-Yeung, usually recognized by his stage name MC Jin, recalls how he was asked this question by a major recording company decades ago.

MC Jin, who rose to prominence through early 2000s freestyle rap in Florida and New York, released his debut album “The Rest is History” in 2003, promoting the leadoff single “Learn Chinese” under Virgin Records. It was a breakthrough for Asian-American society, as he was the first Asian-American rapper to get mainstream recognition. But unseen obstacles lay ahead. “We just did not have a clear understanding of marketing Asian male artists then,” said Jin.

They say hip-hop mainly celebrates black culture in America. Born in New York in the late 1970s, hip-hop influenced scores of rappers to raise striking questions about mainstream American society through music. But after the rise and fall of some of the biggest MCs, the geography of the genre is transforming. In recent years, prominent female figures like Nicki Minaj or Iggy Azalea became icons of American popular culture, while white rappers Eminem and Mac Miller poured more diversity into the American hip-hop scene. 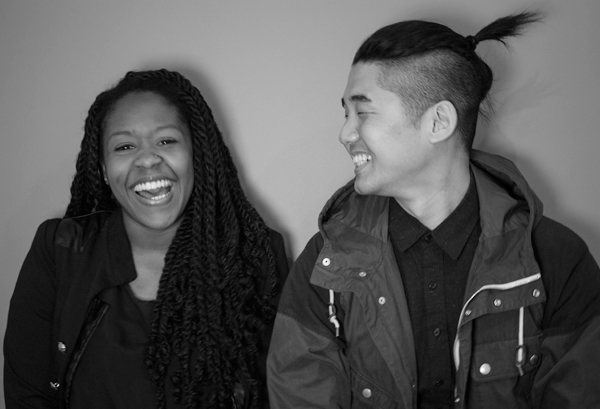 Though hip-hop was dominated by black artists, the genre is evolving to include different kinds of people. But regardless of how it is becoming more open, the mainstream U.S. music industry still makes people from ethnic minorities jump through hurdles, especially Asian-American artists.

The independent documentary “Bad Rap” responds to this by showing the reality of today’s Asian-American hip-hop players in the United States, focusing on the rappers Dumbfoundead, Awkwafina, Rekstizzy and Lyricks.

Jonathan Park, who goes by Dumbfoundead, should be very familiar to local music fans in Korea, because he has engaged Korean hip-hop musicians in his work, most notably as part of the independent hip-hop label Map the Soul, which was established by Korean hip-hop group Epik High around 2008.

Park is now one of the most respected independent Asian-American artists. Joining him in the documentary is the quirky, fresh female MC Awkwafina from Queens, New York, whose 2012 single “My Vag” went viral on YouTube. Rekstizzy, on the other hand, challenges American conventions of masculinity while Lyricks stresses Christian values.

“Compared to a few years ago, Asian musicians have become much more exposed to the American audience these days,” says New York-based writer and content producer Jaeki Cho.

In the 40-minute “Bad Rap,” co-producers Cho and Salima Koroma explore the obstacles and successes of four Asian-American hip-hop musicians to challenge some of the most controversial issues second and third-generation Asian-Americans face.

Some pioneering Asian artists have made it to the top, but almost none have managed to secure the throne. In the mid-1990s - before YouTube and Twitter existed - Mountain Brothers, comprised of Peril-L, Chops and Styles, created a sensation in the U.S. hip-hop scene. Because Mountain Brothers signed a contract with a major record label, many Asians thought the group was moving closer to taking it to the next level, but success did not come immediately. Years after, the four-member hip-hop group Far East Movement topped the Billboard Hot 100 with the electro number “Like a G6.”

In the 40-minute documentary “Bad Rap,” four Asian-American rappers talk about their struggles and achievements in the mainstream U.S. music industry. From left to right; Lyricks, Awkwafina, Rekstizzy and Dumbfoundead.

Q. Why are you making a documentary about Asian-American rappers now?

A. Well, there have been a lot of films, novels and documentaries dealing with hip-hop music throughout time, though the genre has a comparably short history than other music genres. Indeed, there are very few Asian artists in the music scene, and they hardly get covered by mainstream media. But at the same time, we can sense in the recent atmosphere out there that more and more people are getting interested in Asian-American celebrities, be it famous chefs or TV personalities. Moreover, media industry workers, who have a knack of detecting where the money comes from, started to acknowledge the fact that Asians are, after all, emerging as the most important consumers in today’s American society. So our film mainly was created in the growing attention toward the Asian-American music scene.

Do you think there still exists a racial stereotype toward Asians in America? If so, how did you deal with that topic in the film?

If you live in New York, San Francisco or Los Angeles, racial issues might not be as serious as there is apparently a huge Asian population in these areas. But if you were born and raised in the Midwest, where you barely see Asian kids, racial identity must be one of the things you’ll emphasize in your rap.

There are some people who are still uneasy when Asians rap, because, you know, it’s something that Asians are not supposed to be doing - American society expects Asians to fulfill the model minority stereotype. But one clear thing is that second or third generations of Korean-Americans are different from our parents’ generation. And hip-hop, whose crucial aspect lies in being antiestablishment, is a way of expressing the changed Asian self in the 21st century.

Well, at the moment there is nothing clear about what kind of style would appeal in the market. The imagery in Rekstizzy’s video is very misogynistic, and it does follow the typical hip-hop music video’s narrative of objectifying women’s bodies.

Nonetheless, what he tried to do in his video was challenge the stereotype of Asian males, who are often portrayed as almost sexless in mainstream media. If you’re asked to name any prominent Asian actor in Hollywood, who comes to your mind? Bruce Lee? He died more than 40 years ago. We don’t have the “It” guy that projects real Asian men. Plus, if an artist wants to take it to the next level, he should never be afraid to do something crazy, something that a normal person cannot do. And I think that’s how Pablo Picasso, Andy Warhol and Michael Jackson were made.

Awkwafina looks like an Asian version of Iggy Azalea. Do you think Asian female MCs are much more “marketable”?

This is one of the questions that Salima and I also explored in our film. Throughout the past decades, mainstream media has been more susceptible in accepting Asian female characters compared to Asian men. Awkwafina can rap, but she also has quite an attractive style; she’s funny, quirky and hipster-looking. So I personally think there might be a better chance for her to be accepted in the market soon.

Does nationalistic sentiment play a big role for Asian rappers?

It depends on the artist. It’s not like every Asian raps about racial discrimination. Rather, what defines the theme of their rap comes from where they were raised. So it’s rather Korea Town of Los Angeles, not Korea itself. And many of us are from New York and Los Angeles, where we’ve always celebrated our identity as Korean-Americans.

How can an independent artist debut on a major recording label in the United States?

There are various ways to debut as a professional artist in the States, but it’s definitely different from how it goes in the K-pop industry, where you have to be trained under a rigid system. In the past, musicians created their mixtapes to get picked by recording company’s artists and repertoire (A&R). These days, everything has become so different. Music has become so accessible. You can simply post your work on online outlets, and sometimes you’ll get the chance to get picked up. But many artists can still stay independent from the labels as well.

Asian-American rappers have a huge chance of a successful career in today’s Korean pop scene. Do rappers want to join the Korean hip-hop music scene?

That might be possible. But these guys, they see themselves as Americans more than as Koreans. So they want to make something at home and be accepted as American hip-hop artists, just like their black, white and brown counterparts. And I grew up listening to Korean hip-hop, including Drunken Tiger, Dynamic Duo. Swings and Beenzino, on the other hand, are also some of my favorite Korean MCs. But what we’re trying to do is to get recognized at home, and become a household name in the United States.

Now that you’ve created a documentary, what’s your plan?

Filming the 40-minute documentary film, though it seems quite simple on the surface, was a tough task. You need to cover so many artists from different parts of the country, from New York to California; and Salima and I had to cover everything out of our own pockets, without outside funding. So now we are currently raising $25,000 to work on the post-production, which we’ve managed to garner $14,326 so far. With this money, we will recruit a graphic designer and motion-graphics artist to improve visual images of the film, and a sound engineer will be hired to mix, master and edit the music. Online advertisement and post-editing are some other things that we have in mind.