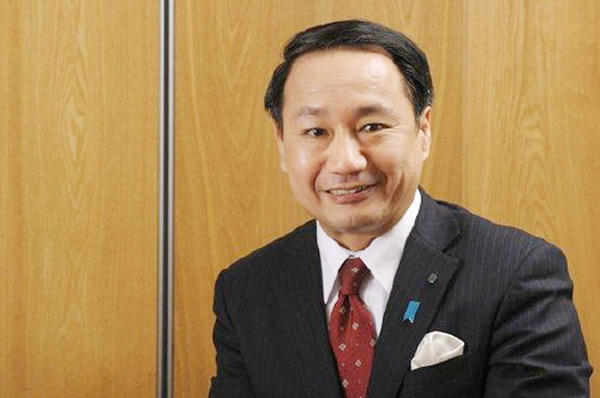 On May 28 at the Japanese House of Representatives’ Budget Committee meeting, Representative Hiroshi Yamada, photographed above, once again started an absurd argument. Yamada is a member of the Japan Restoration Party, which has continuously undermined the Kono Statement.

Yamada said during the meeting, “A memorial monument for comfort women is to be dedicated in Fairfax, Virginia, near Washington D.C. It contains a claim that 200,000 Asian girls were forced into sex slavery. What has the foreign ministry done about this?”

Foreign minister Fumio Kishida added: “It does not correspond with the position of the Japanese government. The 1965 Korea-Japan treaty concluded the compensation issue. The documents discovered by the government do not contain direct indication of forced mobilization.”

Prime Minister Shinzo Abe said, “I am aware of the survey. Politicians need to be humble in front of history. History should be left to the historians and specialists.”

Yamada continued, “I do not understand the government’s position to verify the Kono Statement but not revise it. I am asking on behalf of the citizens, so the findings should be reported to the Diet.”

It is pathetic to hear the conversation among the rightist representative who recklessly attacks the Kono Statement, the foreign minister who repeats the claim that the comfort women issue is over, and the prime minister who hides his true intentions and pretends to be neutral. It is another unfavorable variable in the Korea-Japan relationship.

On May 29, a day later, the Japanese government made a great fuss. A cabinet meeting was called suddenly and Abe spoke to reporters. He announced the agreement between North Korea and Japan to reinvestigate victims of abduction. Abe solemnly declared, “Until the day when the families of all abductees embrace their children, our mission is not complete.” Japan argues that the abduction issue is a time-sensitive humanitarian task since most of the families of the victims are old.

However, the abduction issue is not the only struggle against time. The 50 surviving former comfort women victims are also growing old, and their fight against Japan is also time sensitive. If Japan neglects the comfort women issue, it is virtually admitting its lack of sincerity.

*The author is a Tokyo correspondent of the JoongAng Ilbo