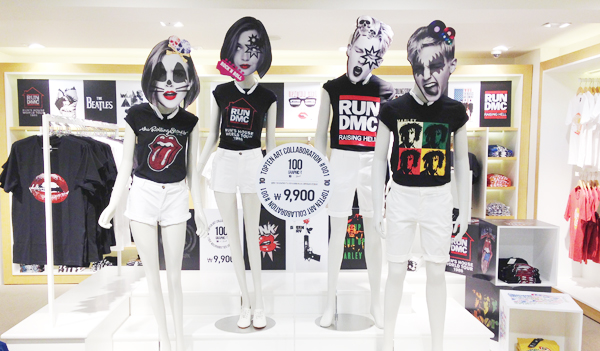 Mannequins are dressed up as pop artists wearing T-shirts, which are available in 100 different styles. Provided by Topten

Mr. Lee, a 38-year-old office worker, often reminisces about his childhood, when all he listened to was The Beatles and The Rolling Stones. Growing up on pop songs, his youthful memories are still very dear to him.

On Wednesday, he was taken back to his younger days when he came across a store in Hongdae, northern Seoul, selling T-shirts printed with the logos and faces of his favorite pop artists. “The T-shirts had printed names of artists,” he said. “It was just perfect - just for me.”

“This is part of our collaboration with Bravado, a merchandising company under Universal Music Group,” said an official from Topten. “We decided to collaborate with Bravado based on our judgment that [fast fashion] consumers today look for interesting and new items.” 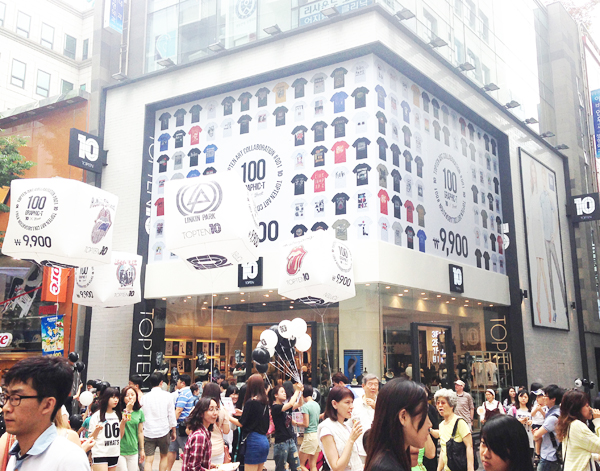 Customers pass a Topten store in Myeong-dong, central Seoul, on Wednesday, when the brand started selling T-shirts in partnership with Bravado, a merchandising company under Universal Music Group. The new shirts feature logos and the faces of well-known pop artists. Provided by Topten

The company said that it hoped the collaboration would help Topten counter global fast-fashion brands that are focusing on the Korean market.

“Printing out 100 styles of T-shirts was possible because we have a mass production line as a fast-fashion brand,” the official said. “We used basic colors so that the T-shirts go well with other styles and the price is also very reasonable - 9,900 won [$9.60].”

Unique ideas for teamwork have become important in fast fashion, especially in Korea, where the market is growing every year.

According to Samsung Design Net, the local SPA industry was worth 500 billion won in 2008 and last year grew to 3 trillion won.

8ight Seconds, a local brand managed by Samsung Everland, has partnered up with Everland amusement park in Yongin, Gyeonggi. The collaboration was announced in April after Cheil Industries’ fashion business was moved under Samsung Everland as part of Samsung Group’s reorganization. 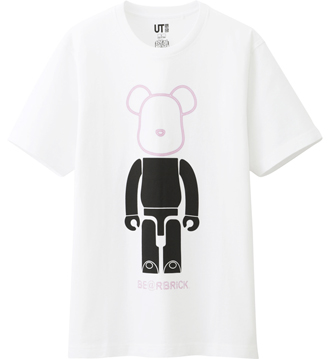 An 8ight Seconds shop opened inside the amusement park selling items that aren’t available at its other stores, such as zip-up hoodies with designs of Everland’s owl mascots.

“Many visitors to Everland are families with children or are couples,” said an official from Samsung Everland. “This collaboration targets them, and it is part of a project to boost cooperation between businesses within the company.”

Global fast-fashion brands have also been active in promoting team marketing to maximize their resources and profit.

In its latest partnership for its UT line of T-shirts, Japanese fashion brand Uniqlo worked with Bearbrick, a well-known character designed by Medicom Toy, and characters from the video game Monster Hunter. Uniqlo began selling the shirts at its stores worldwide yesterday.

Sweden-based clothing brand H&M’s partnerships have mostly been with upscale fashion designers. In April, H&M announced that it will work with designer Alexander Wang on a new collection that will be unveiled in November. The Alexander Wang H&M collection will include apparel and accessories for men and women.

“This collaboration shows that we aim to offer both fashionable and high-quality items to our customers at a reasonable price,” said an official from H&M Korea. “It will be very appealing.”