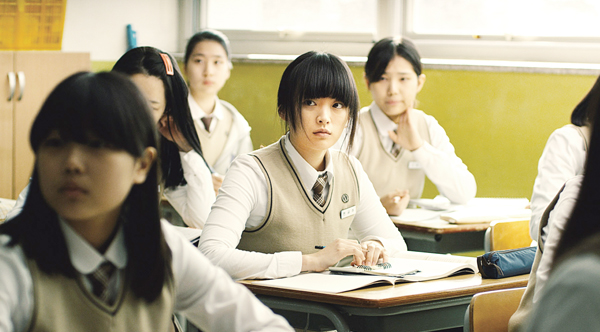 Indie film “Han Gong-ju” is available with English subtitles for this month only at Indie Plus in Sinsa-dong, southern Seoul. Provided by CGV Movie Collage

Back in April, “Han Gong-ju” caused a splash at the local box office because of its shocking storyline, which is based on a real-life rape case.

However, the film by Lee Su-jin seemed to hit a chord with worldwide audiences and locals. It pulled in more than 200,000 admissions in less than a month in Korea and is still screening at selected theaters.

Yet despite the critical acclaim it garnered and the awards it picked up at film festivals around the world, “Han Gong-ju” was previously available only in Korean.

But for the duration of this month, “Han Gong-ju” will be shown with English subtitles at Indie Plus, a cinema in Sinsa-dong, southern Seoul.

This is quite a feat for an independent film, as these movies tend to have trouble pulling in domestic viewers as it is.

“Han Gong-ju” is based on the infamous Miryang case of 2004, where a 14-year-old girl was repeatedly raped by around 41 high school boys over the course of a year.

Newbie actress Chun Woo-hee plays Han, the victim who soldiers on after the traumatic event.

As well as portraying the chilling malice of the perpetrators, the film showcases the indifference shown by third parties, as well as how Koreans view rape victims.

Rather than focusing on how such a crime was committed, Lee said he wanted to ask the viewers a simple question through his film: “If victims like that turned up in my life, what could I offer them?”