Japanese bank looks to BNP as way into U.S.

Japanese bank looks to BNP as way into U.S. 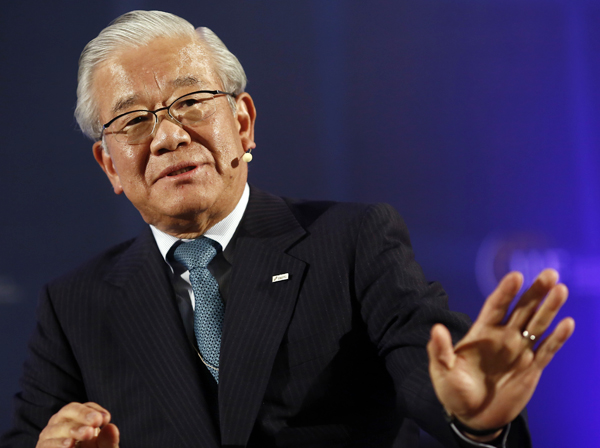 “The U.S. market is a very big market and in retail banking there might some chances to get in - of course we will study them,” Oku, 69, said in an interview in London. If BNP Paribas “comes to us, we will study it - but they’re not coming. There are no such plans” at the moment, he said.

Sumitomo Mitsui and larger rival Mitsubishi UFJ Financial Group are watching to see if BNP Paribas will sell the BancWest unit, the Sunday Times reported June 1, without saying how it obtained the information. Japanese banks are seeking acquisitions abroad to offset falling lending rates that have led to the lowest interest margins in Asia.

“BancWest would be a rare deal if BNP really decides to sell it,” Akira Takai, a Tokyo-based analyst at Daiwa Securities Group, said. “Japanese banks are expecting overseas businesses to lead earnings growth because domestic growth is slow.”

A potential $10 billion fine against BNP Paribas for violating U.S. sanctions is fueling speculation that France’s largest bank will seek to exit BancWest, which the Paris-based company has owned since 2001.

Isabelle Wolff, a spokeswoman at BNP Paribas in Paris, declined to comment on Oku’s remarks.

Shares of Sumitomo Mitsui gained 0.4 percent to 4,259 yen ($41) at the midday trading break in Tokyo, where the company is based. The broader Topix index added 0.2 percent.

A purchase of BancWest would bring the Japanese lender back to the U.S. for the first time since 1998, when predecessor Sumitomo Bank sold San Francisco-based Sumitomo Bank of California. Japanese banks were pulling back from international businesses at the time, weighed down by bad loans at home.

BancWest, based in San Francisco, has more than 670 branches in 20 U.S. states, serving more than 2.4 million clients, according to its website. BNP Paribas said in March it was targeting at least 6 percent annual revenue growth for BancWest through 2016, after posting 2.2 billion euros ($3 billion) last year.

“The biggest issue would be the price,” Daiwa’s Takai said. “If it’s too high, that would lead to concern that Sumitomo Mitsui would need to sell shares to raise funds.”

Sumitomo Mitsui has stepped up investments abroad over the past two years. It doubled its stake in Bank of East Asia, Hong Kong’s largest family-run lender, to 9.5 percent in 2012 and agreed to buy 40 percent of Indonesia’s PT Bank Tabungan Pensiunan Nasional for about $1.5 billion last year.

Outside the United States and Asia, where the bank will continue to boost client assets, Sumitomo Mitsui is also eager to grow through acquisitions and has held talks with several European lenders that haven’t led to agreements, Oku said. He declined to identify the companies.

“We’re open to proposals in commercial banking that supplement our strategies in expanding our businesses on a global basis, or in Europe in a wider sense, the Middle East or Africa,” Oku said.

PNC Financial Services Group and Sumitomo Mitsui are among the banks weighing bids for Bank of New York Mellon’s corporate-trust arm, people with knowledge of the matter said last month. BNY Mellon is working with Goldman Sachs Group to sell the unit, which may fetch more than $2.5 billion, people familiar with the matter have said.