History is a weapon in China

History is a weapon in China 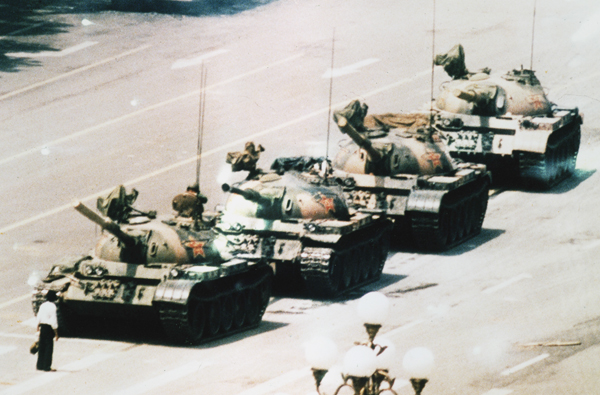 For China’s autocrats, history is a weapon. This past weekend, for example, a Chinese general told Southeast Asian nations that their territorial claims in the South China Sea were irrelevant because “China has had indisputable sovereignty over the South China Sea for around 2,000 years,” reported the state-owned CCTV network. Don’t like it? Then learn to “respect history” as China’s defense minister told his Vietnamese counterpart in late May, after Vietnamese protesters turned violent in response to Chinese incursions into what Vietnam considers its territory. In this context, history is the rhetorical equivalent of a dismissive wave of a hand that brings an end to a pointless conversation.

In China’s ongoing dispute with Japan over territory and the right to be respected as Asia’s dominant power, history is used more as a cudgel. Japanese leaders themselves have handed Beijing the weapon with their highly provocative visits to the Yasukuni Shrine, which honors Japan’s war dead (including 14 Class-A war criminals), as well as their determined efforts to finesse Japan’s wartime conduct in school textbooks. For Chinese officials, these acts are affronts, as well as opportunities to lower Japan’s standing in the international community.

“We once again urge the Japanese side to respect history as well as reality, reflect on its history of invasion, respect the feelings of Chinese people and other victims in Asia, and properly handle the issue.”

“China on Tuesday urged Japan to respect historical fact, stop provoking and educate the younger generation with a correct view of history, as Japan is set to revise its textbook guidelines on the Diaoyu islands. ‘The Diaoyu islands and their affiliated isles have been an inherent part of Chinese territory since ancient times,’ Foreign Ministry spokesperson Hua Chunying told a regular press briefing.”

So it goes, over and over: history used to stake a claim on the present. A search of Google or Baidu reveals dozens of Chinese government statements and official news stories invoking history as rhetoric. Blogs, microblogs and comment sections are stuffed with more.

In China, these repeated references to history are so common, and so easy to ignore, that they become most noticeable when they’re suddenly absent. Think of someone who falls asleep in front of a noisy television, only to be awakened by the silence left when someone else shuts it off. That’s how it feels to be in China during the annual period of paranoia that occurs around the anniversary of the June 4, 1989, Tiananmen Square massacre. Suddenly, the history is gone, and you’re left wondering what exactly happened.

This year marks the 25th anniversary of the massacre, and - in perverse commemoration - the Chinese leadership has been hell-bent on rounding up anyone who might want to discuss the history of what happened, and why. History, which defines so much else in modern China, is absent for these few days both online and in the real world. Those same authorities who accuse other countries of not respecting history spend considerable energy in not respecting or reflecting upon their own.

Hypocrisy is the least of the problems associated with this selective use of history. As Louisa Lim, a former China correspondent for National Public Radio, puts it in her recently published book “The People’s Republic of Amnesia,” the real problem is what happens when a poorly kept secret isn’t secret anymore:

“Memory is dangerous in a country that was built to function on national amnesia. A single act of remembrance might expose the frailty of the state’s carefully constructed edifice of accepted history, scaffolded into place over a generation and kept aloft by a brittle structure of strict censorship, blatant falsehood and willful forgetting.”

Lim and others point out that among young Chinese, what happened in Tiananmen isn’t a memory, much less a point on a timeline. But how long can these same young, educated and Internet-savvy people be kept from a history that the rest of the world already knows, but which is denied to them? If history is any guide, the answer to that question won’t come from those who try to shape and censor it.

*The author is an American writer based in Asia, where he covers politics, culture, business and junk.