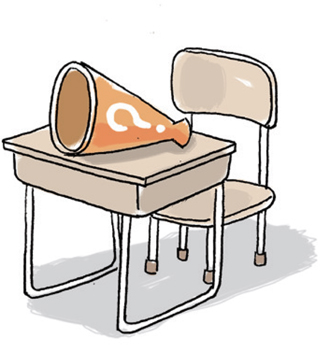 The June 4 local elections, widely described as a referendum on the performance of President Park Geun-hye in the wake of the Sewol ferry disaster, did not deal a heavy blow to the ruling party, but it did transform the landscape of our educational system. Out of 17 races for education superintendents, 13 were won by candidates from the liberal camp. The number was more than double the six liberal victories in the 2010 poll.

The latest verdict from the ballot box suggests an increasing public confidence in liberal-minded leadership in education. Liberals started to come on strong on the education front from 2010. Despite concerns about leftist influence in classrooms, liberal-minded superintendents proved they could incorporate their equality-oriented agenda in school administrations over the last four years.

In the two months since hundreds of students died in the sinking of the Sewol ferry, Korea’s older generation has been living in shame and guilt over those tragic losses. They turned their attention anew to the well-being of growing children who are forced to spend most of their youth crammed in classrooms and trudging to private cram schools to prepare for fiercely competitive college admissions. We watched with a heavy heart as parents who lost their precious sons and daughters beat their chest for having nagged their children to study more and do better on tests instead of allowing them to enjoy themselves - which they surely would have done had they had known their time on this earth would be so limited.

Cho Hi-yeon, a former sociology professor who ran as the unified candidate from the liberal side and earned a surprise victory to become Seoul’s education chief, said he would always keep in mind that the public’s desire for fundamental changes in the country’s educational system has put him in office.

But the election outcome does not exactly reflect the desire for a completely liberal agenda in our schools. First of all, the liberal camp succeeded in fielding single candidates for the elections, while conservative votes were split among several candidates in certain races. And if not for a controversial posting on a social media platform by the daughter of Koh Seung-duk, a lawyer-turned politician and TV personality, Cho might not have won in Seoul. Koh’s daughter from his first marriage criticized her father as unfit to be in charge of education after he abandoned his own children from that first marriage. Other candidates from the liberal side also failed to deliver impressive platforms during the campaign.

A lack of qualifications raises concerns about their performance in the education field over the next four years. Education superintendents offices are not simply about educational ideals and theories. They have an equal responsibility to be administrators of practical policies.

The liberal front pitched a common goal of increasing alternative schools that would focus more on students’ aptitude and creativity rather than academic scores. We sincerely hope their experiments in Busan, Incheon, South Gyeongsang and South and North Chungcheong will succeed.

Special-purpose private schools were endorsed to widen choices for elite students by the last conservative government after the previous government was too obsessed with equality for all students. High schools licensed to use curricula independent of the education ministry guidelines, which also charge expensive tuition, now account for up to 17 percent of high schools. Their presence undermines the equality ideal of the national education system. Instead of better educating and nurturing selective brains in special fields of language, science and math, these private schools turned into expensive training institutions that guarantee their students will get into elite universities.

With these schools attracting top talents, public schools yoked to equality-based curriculums in less-wealthy neighborhoods are becoming less competitive. Students have lost motivation because no matter how hard they work, they cannot compete with kids in elite private schools in getting into decent universities. The suicide rate among Korea’s youth is the world’s highest. Discipline works on strong minds, not on tired and dreary souls who dully sit through lectures before going off to serious studying in cram schools.

Education should inspire students to pursue their studies with curiosity and passion in a competitive environment. Schools are supposed to be places where young minds can learn to mix and balance play and study, practicality and creativity, and competition and cooperation.

A campaign slogan of one liberal candidate promised “classrooms with questions.” We hope the new and eager education chiefs will help to transform dull, passive classrooms into centers of lively debate and laboratories for curious minds. We hope students will no longer be sacrificed because they have been taught to obey without thinking, like the students on the Sewol who were told to stay below deck. We hope our young folk will be free to daydream, question and act upon their will. The new education chiefs need support from the central and local government to realize these classroom transformations. They need support - cheerleading - from parents. If the government learned anything from last week’s local elections, it must be to aggressively pursue educational reforms. Even if their philosophy and values are different, the elected superintendents are a vital part of the government’s infrastructure in education. The government exists to serve the people, not a particular party.

*The author is a professor at the Department of Bio and Brain Engineering at the Korea Advanced Institute of Science and Technology.