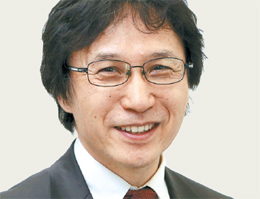 Korea’s economy is entering the deep tunnel of slow growth. Although it seemed to be slightly improving this year as the global economy showed signs of recovery, exports and domestic growth have been slowing since the start of the second quarter.

Looking at the Korean economy’s growth trend over the past 20 years, annual economic growth before the Asian financial crisis between 1990 and 1997 averaged 7.5 percent.

However, as Korea accepted the International Monetary Fund program and underwent restructuring, annual economic growth slowed to an average of 4.7 percent between 1998 and 2007.

In the global financial crisis, from 2008-13, it dropped to an average annual growth of 2.9 percent.

In terms of growth, Korea has reached the level of a developed economy. However, in per capita income, it remains in the middle of the pack.

It is simply because our economy has not matured.

What happened to the nation that once led the economic miracle in East Asia?

Contrary to government and IMF propaganda that says Korea went through the most successful restructuring program in IMF bailout history, the reality is too shabby.

From1990-7, when Korea was chasing the economic miracle, investments increased an average of 14.4 percent each year.

Investment grew 2.5 percent in 2011, then was negative 0.1 percent in 2012. Last year, it recovered to 4.1 percent, but the average annual growth rate stayed at 2.2 percent for the past three years.

However, Korea’s savings rate is now 3 percent to 4 percent. We cannot expect the economy to grow properly without investment and savings.

The key to East Asia’s economic miracle was investment and savings in the early 1960s. Today, Korea has become a low investment, low savings country.

The fundamental cause lies in the current economic system that Korea holds onto.

After the Asian financial crisis in 1997, there was a strange consensus that Korea would be able to join advanced nations by adopting the slow-growth developed nation model.

It is an obvious result that the economy enters the slow-growth system if it follows a developed nation’s model. Having overlooked that, we put too much effort in following the advanced nations, and as a result, we failed to enter the developed world.

The most striking example is the corporate debt ratio policy. When Korea was a victim of the financial crisis, the government and IMF cited excessive investment as the main culprit of the crisis and implemented a policy of bringing down the 400 percent debt-to-equity ratio of large corporations to 200 percent in just 18 months.

Korea made a remarkable achievement in that sense. It not only achieved the 200 percent debt-to-equity ratio overnight, but also lowered the debt ratio of listed companies to below that of U.S. companies.

However, there was no other policy after this. Instead, there were only side effects. Household debt, which is the result of increasing loans in an attempt to promote consumption, is now impeding the country’s economic growth.

The subjects of investment are companies. Only when companies invest can the economy escape the confines of slow growth.

The Park Geun-hye administration said it would promote a massive reform of the country after the events surrounding the Sewol ferry disaster and results of the local government elections. The government also should include increasing corporate investments in the reform.

Investment does not grow just by encouraging companies, rather the government must approach it with a new economic system.

If the economy is unable to grow properly, the government will not be able to resolve other social conflicts, such as a distribution of wealth.

Shin Jang-sup is a professor of economics at the National University of Singapore.