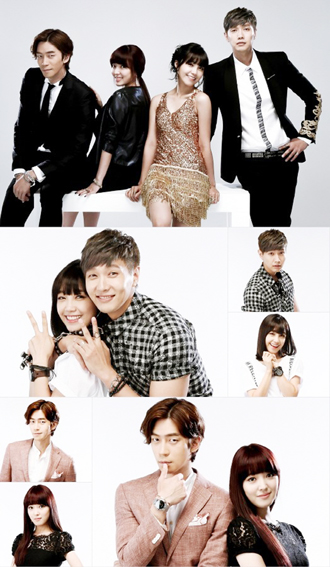 In the video, the two sing trot singer Nam Jin’s million-selling single “With You” (1972) in a retro-style background.

The drama will focus on the relationship between selfish music producer Jang Hyun-joon (Ji) and aspiring singer Choi Choon-hee (Jung), whose talent hasn’t been discovered yet.

Jung, from K-pop girl group A Pink, who recently topped the online music chart with her group’s latest single “Mr. Chu,” won recognition for acting in the 2012 tvN drama series “Reply, 1997.” She has since enjoyed an uphill trajectory by starring in some other drama series, including last year’s SBS drama “That Winter, The Wind Blows.”

The first episode of “Lover of Music” will air on June 23.