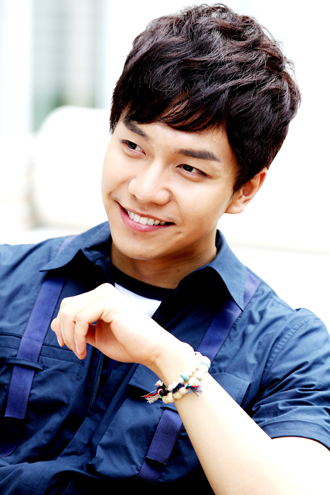 SBS told local media that Lee Seung-gi, the lead of the drama series “You Are All Surrendered,” was seriously injured in an accident yesterday.

“After getting pricked by a prop knife, he was immediately taken to a nearby hospital,” said the SBS official, adding it damaged his cornea considerably.

The production team thus decided to cancel today’s episode, since it is impossible to shoot the drama without Lee Seung-gi, who plays the major role in the story. This reflects the paradox of the Korean drama production system that operates on a daily basis. As hardly any drama is produced prior to the airing, many production teams shoot the drama one or two days before airing, and edit it as fast as they can to air the 70-minute drama two days a week.

“I feel sorry for the production team that had to cancel the entire episode,” stated Lee Seung-gi, who has established himself as a successful singer, actor and TV show host over the past decade.

“I hope to get well so that I can continue the job with my colleagues.”