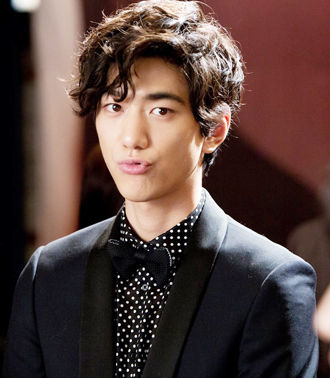 The upcoming series has been creating a buzz in the industry for a while since it was reported last month that Eric Mun and Jung, who co-starred in the 2007 MBC drama “Que Sera, Sera” together, would team up once again. Screenwriter Jung Hyun-jung of tvN series “I Need Romance,” in which Jung and Sung appeared in the second and third seasons, respectively, will write the story. The three will be involved in a love triangle in the new drama.

Sung Joon, who was rumored to be dating Suzy of K-pop band Miss A last year, debuted as a fashion model but moved into acting after appearing in the eight-episode KBS special drama “White Christmas” (2011).

“Finding True Love” is set to air in August.