Clear the ambiguity over joining MD

Clear the ambiguity over joining MD 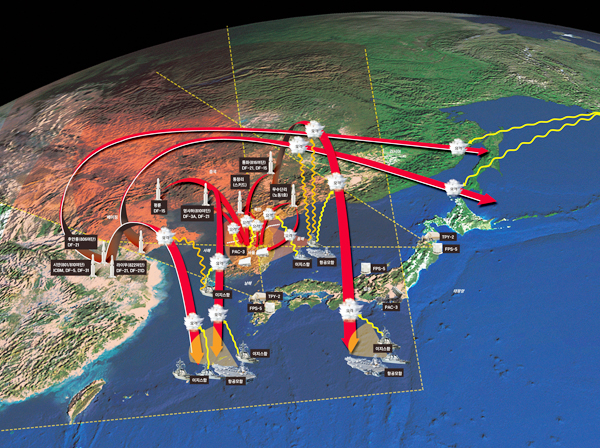 Including Korea in the United States’ missile defense system (MD) is being discussed again. As the United States considers deploying Thaad (Terminal High-Altitude Area Defense) with the U.S. Forces in Korea, the old controversy has resurfaced. The ROK Forces made it clear that Korea’s plan to build an independent missile defense system is unchanged regardless of Thaad. However, China warned that accepting Thaad in Korea would damage its relations with China, putting Seoul in an awkward position.

As I cover Washington politics, I often feel that the United States has become extremely prudent in its dealings with other countries. It very rarely makes incomplete information public. Seoul has requested another delay on the transfer of wartime operational control, but Washington has only said that it would be determined after various conditions are reviewed. On the prospect of talks with North Korea, Washington consistently has said, “The ball is in North Korea’s court.”

So when The Wall Street Journal reported last month that the USFK has conducted a site search to introduce Thaad and has a plan to sell it to Korea in the future, I expected a clarification from the U.S. Department of Defense. Defense Secretary Chuck Hagel and many other military insiders emphasized the importance of a joint missile defense between the United States, Korea and Japan. Director Peppino Debiaso of the Defense Department’s Office of Missile Defense Policy said that the Korean government has inquired into the performance and price of Thaad, refuting the Korean defense ministry’s claim that there had been no discussion.

So it is reasonable to believe that Washington is sending a message. While Washington claims that the final decision has not been made and that it is up to the South Korean government, it is practically highlighting its special focus on building a Korea-U.S.-Japan missile defense system.

Seoul should be more flexible and transparent. The ambiguous stance of the defense ministry amplified the latest controversy. It is not convincing to claim that the issue was never discussed and that the Korean government would review it when the United States makes a request. But when the USFK has already conducted a site search, the government is seriously lacking communication if it was not aware. When the offense changes, the defense must also change. But the MD issue has lost flexibility.

What we need to be wary of is the groundless optimism that we are friends. Even a marriage can fail if a couple doesn’t communicate. If an issue is sensitive, it is best to be straightforward in order to minimize misunderstandings.