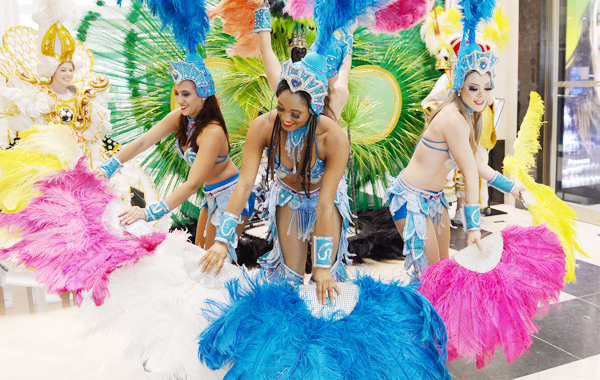 Brazilian samba dancers perform in the lobby of a Lotte Department Store in downtown Seoul yesterday to celebrate the upcoming World Cup hosted in Brazil. The department store is holding several events in honor of the football tournament, including a display of costumes from samba schools that performed during the March Rio De Janeiro’s winners parade, which will run until Thursday next week. The store will also hold a Brazilian music party on Friday to celebrate the launch of the football festival. [NEWS1]