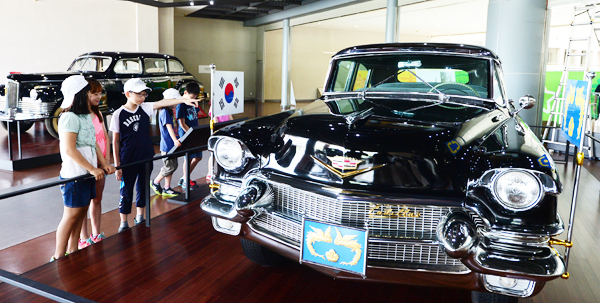 Visitors to the War Memorial of Korea in Yongsan District, central Seoul, look at former President Syngman Rhee’s sedan during an exhibition that celebrates the 20th anniversary of the memorial’s establishment yesterday. It was the first time Rhee’s car was shown to the general public.  [NEWS1]