Kim Young-sam to get doctorate from Russia

Kim Young-sam to get doctorate from Russia 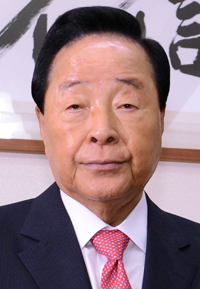 Former President Kim Young-sam, who played a key role in building ties with the former Soviet Union, is slated to be awarded an honorary doctorate from the Institute of Far Eastern Studies of the Russian Academy of Sciences today.

The degree comes 25 years after Kim’s pioneering visit to the Soviet Union, the first for a South Korean political figure, which helped pave the way for bilateral ties between Seoul and Moscow.

The Kim Young-sam Center for Democracy, an organization founded in 2010 and dedicated to disseminating information on modern history and democracy, said the former president will be awarded the doctorate degree in a ceremony held at the Plaza Hotel in central Seoul.

The ceremony will be attended by Mikhail Titarenko, director of the Institute of Far Eastern Studies, a governmental academic institution based in Moscow.

The 87-year-old Kim has been in poor health and is currently hospitalized. His second-oldest son Kim Hyun-chul will receive the degree certificate in his place today.

Kim visited Moscow under the Roh Tae-woo administration in early June 1989 at a time of a lack of formal bilateral ties between South Korea and the Soviet Union.

In 1987, Kim lost a presidential bid and he resigned as head of the Reunification Democracy Party, although was reinstated the following year.

His party failed to gain wide support in the April 1988 National Assembly elections and was pushed aside to be a minor opposition party.

An opportunity for Kim to visit Moscow came at a time when the Soviet Union was also interested in normalization of diplomatic ties.

It saw Kim as a good interlocutor, especially after his August 1988 visit to Japan on the invitation of the Socialist Party.

His nine-day visit was upon the invitation of Evegeny Primakov, who was then head of the Institute of World Economy and International Relations of the U.S.S.R. Academy of Sciences, now the Russian Academy of Sciences, as well as special adviser on East Asian affairs to Mikhail Gorbachev.

During Kim’s visit, the Kremlin announced some 300,000 Soviet-Koreans who had been conscripted laborers on Sakhalin Island during World War II and had remained there, would be allowed to return home to Korea.

At that time, the Soviet Union also arranged for Kim to meet with Pyongyang officials.

Kim led a Korean delegation to Moscow again in March 1990, representing the Democratic Liberal Party, and was warmly welcomed.

He conveyed to the Soviet Union President Roh Tae-woo’s interest in forming bilateral ties, which led to the South Korea-Soviet Union summit between Roh and Gorbachev in June that year in San Francisco.

“Looking back, it seems that the Soviet Union had been thoroughly planning to form diplomatic relations [with South Korea],” an official from the Kim Young-sam Center said.

“It would have been too difficult for the government itself to get in touch, so they paid attention to Kim, who had high public confidence within Korea.”

After the fall of the Soviet Union, South Korea and Russia established formal diplomatic ties in 1991.