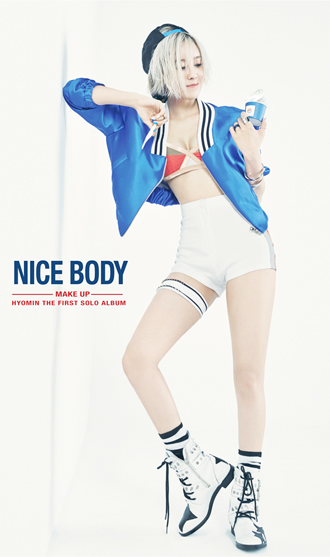 Hyo-min’s agency, Core Contents Media, said that her new song was written and composed by Kang Dong-chul, better known as Brave Brothers to music fans. Throughout the past few years, Brave Brothers have produced some of the most successful K-pop singles for groups like 4Minute, Sistar and Afterschool.

“The new song also features rapper Loco,” added a Core official, hinting that there will be some catchy hip-hop in the new track. Loco is an emerging R&B artist of local music label AOMG whose latest single “Hold Me Tight” topped online music charts in March.

Later in the evening, Core posted a 13-second video clip of Hyo-min on YouTube.