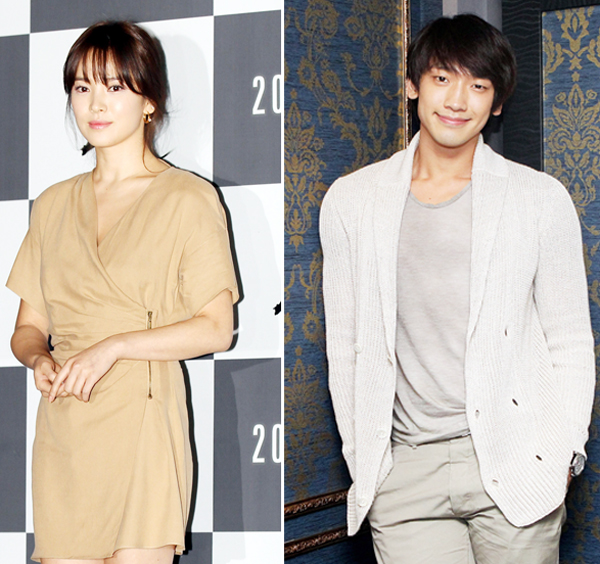 Actress Song Hye-kyo will head to China to attend the Shanghai Film Festival (SIFF), which kicks off tomorrow night at Shanghai Grand Theater.

Joining Song is actor Song Seung-heon, who co-starred with the actress in the megahit KBS drama series “Autumn in My Heart” in 2000.

In addition, singer and actor Jung Ji-hoon, better known as his stage name Rain, will also attend the ceremony in Shanghai to celebrate the 17th edition of the film festival. Rain worked with Song Hye-kyo in the KBS rom-com series “Full House” in 2004. The series received a viewer rating of more than 40.2 percent. Thanks to the drama, the couple rose as one of the most beloved Korean stars in mainland China.

Actress Park Shin-hye of the SBS drama “Heirs” will also join the Korean celebrities on Saturday night.
Aside from Asian film icons, some prominent Hollywood figures, such as Nicole Kidman, Hugh Grant and Hayden Christensen, will also fly to Shanghai to enjoy the film fest.

SIFF will run until June 22 and will end with a splendid closing ceremony.