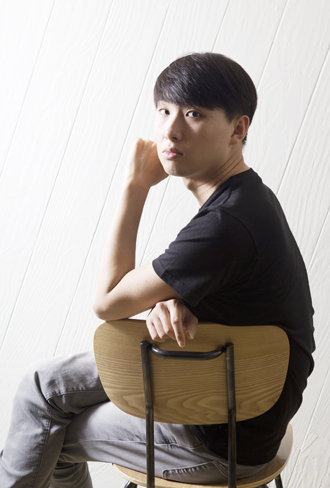 Korean indie films are marked by their dark, sordid vibes and are full of characters you wouldn’t ever want to come across in real life.

Most of these tales come with an obvious stance - criticism or anger directed toward society - and laughter is not part of the package.

But even amid such protocol, there are those who like to shake things up. One director bucking the trend is Lee Won-hoi, a 28-year-old indie filmmaker who tried his hand at romantic comedy for the first time with “You Are My Vampire.”

Although the film comes with a medley of quirky characters that are quintessential in an indie flick - a wannabe film writer, a vampire-scientist, a foreigner with perfect Korean, the on-and-off-again lovers - they move viewers to laughter rather than tears.

In the mash-up of suspense, drama, romance and mystery there is hardly a sense of normalcy.

But at the heart of the film lies a recognizable tale: that of a 20-something female who chases a pipe dream and meets an unlikely suitor along the way.

Through the hilarious yet believable account of Gyu-jung (Choi Yoon-young), Lee weaves in and out of fantasy and reality by introducing Nam-geol (Park Jung-sik), a scientist who is Gyu-jung’s complete opposite. 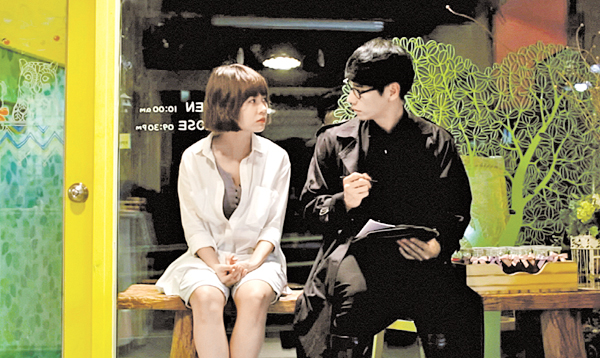 Choi Yoon-young and Park Jung-sik star in the quirky rom-com “You Are My Vampire.” Provided by Mountain Pictures

“If you think about it, if vampires exist and they’ve been around for centuries, they’d have a lot of knowledge,” said Lee about Nam-geol, a character never seen before in Korean cinema.

While fusing science and the supernatural took a lot of careful planning, the real challenge for Lee lay in creating a Korean context.

“For a vampire, Korea is not the easiest place to live,” said Lee. “First, there is garlic in almost every dish, and secondly there are crosses everywhere on the street.”

To get the film right, Lee spent three years on the project, with a third of that time devoted to character analysis.

“It’s hard to find an actor so dedicated to his character, and I was lucky,” said Lee about his male lead. For the role, Park spent three months living in a gosiwon, a tiny one-room apartment, and glued on fake teeth that needed to be filed off after production.

And while Park does a convincing enough job in his physical portrayal, for Lee, the real representation of a vampire stemmed from within.

“Those of us starting out in the industry, we normally get up at night, work through the night and sleep in the day, and I started thinking that we were like vampires,” said Lee.

“We rely on each other, leech off one another and so in a way we are each other’s vampire.”

While the vampire is the obvious subject of the movie, Lee said that the film and characters will appeal to many because of its far-ranging motifs, not just to those with blood lust.

“The film is about a vampire, but it’s not a vampire movie,” said Lee. “While I did rely on the popularity of vampires, for me it was one of the devices to tap into while telling a story.”

The film is currently playing at theaters.