‘Dancing 9’ back with new groove

‘Dancing 9’ back with new groove 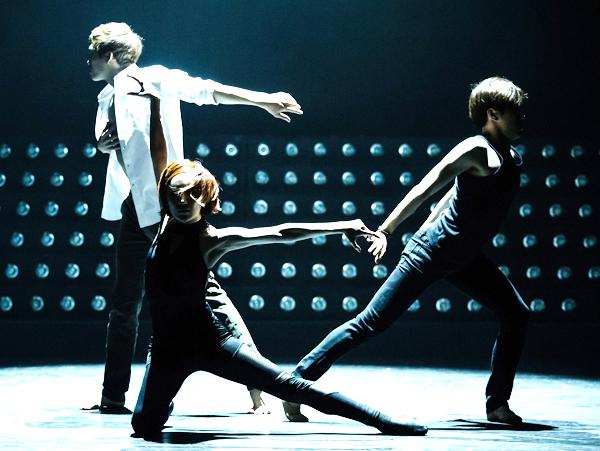 Contestants from the first season of “Dancing 9” put together an encore gala show last month.

Survival audition programs are not new to Korea. From singing and cooking to designing and modeling, reality shows have taken up diverse categories, enjoying their heyday in the last few years.

But their vast number and over-the-top dramatics, which are sometimes perceived as unnatural, have sometimes brought forth public backlash.

Amid concerns about the future of these programs, cable channel Mnet threw caution to the wind by launching the second season of the dance survival show “Dancing 9,” with an ambition to convey the authenticity of dancing to viewers.

“I am aware that the audience may feel tired with these kinds of audition programs since there are too many,” said the show’s producer, Ahn Joon-young, at a press conference held on Tuesday at CJ E&M Center in Sangam-dong, western Seoul.

“However, I saw the possibility of the show through its first season,” added Ahn. “There have been many singing audition programs until now, but we are talking about dancing, which is a totally different genre. We are going to show a whole lot of emotion through the means of dance.”

In order to bring versatility to the program, Ahn recruited three new mentors for the latest season.

As Ha was a contestant in the first season, he was able to sympathize with the participants.

Ahn joked that Ha “cried his eyes out” many times.

“I cannot agree more that casting Kim was one of the best choices I made,” said Ahn.

The producer went on to explain that even dancers need to be able to act and use various facial expressions while intricately moving their muscles from head to toe.

In that sense, according to Ahn, Kim was able to give useful comments to the contestants.

“In order to put up a masterful stage, expertise is required in so many genres such as directing, lights, dancing and acting,” said Ahn.

“And with Kim, we think our team has acquired a very nice combination of diverse genres,” said Lee Yong-woo, a judge from the Blue Eye team.

The basic rules for the competition will mostly remain the same as the last season. But due to many requests from the show’s fans, Ahn has decided to implement more groups rather than solo dances.

Moreover, the production team will focus on more versatile shooting techniques and a deliberate editing process to not miss any details.

“I wanted to show the dance performances as nicely and as splendidly as possible,” said Ahn.

“There are still a lot of people out there who don’t know about our show. With a lot of positive feedback from the new edition, I hope it will act as an opportunity to shed new light on the first season as well.”

The first episode airs tonight at 11 p.m. on Mnet.